Johnson & Johnson vaccine to arrive in France in one month 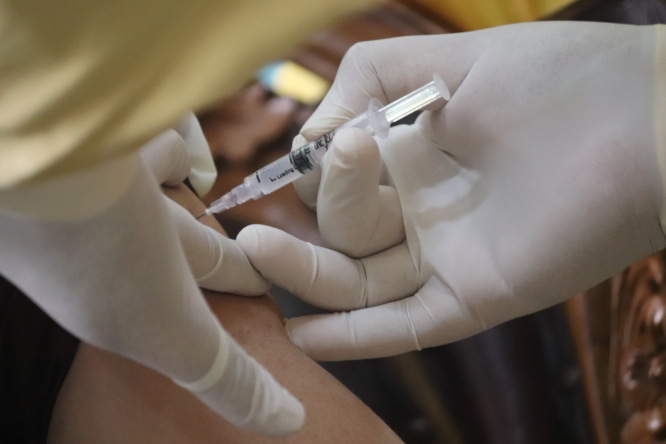 Director-General for Health, Professor Jérôme Salomon, has said the first doses of the Johnson & Johnson vaccine should be delivered to France in one month.

Speaking to news source BFMTV on March 14 he said: “The ball is in the producer’s [of the vaccines’] court to honour orders and deliver the vaccine.”

The Johnson & Johnson vaccine was approved by the European Medicines Agency on March 11.

It is the fourth vaccine to be approved for use in Europe, but unlike other vaccines, it requires only one dose rather than two.

It can also be stored in a normal fridge for up to three months.

Professor Salomon said: “It is a technically easy vaccine in terms of storage and because there is only one injection [to be given].”

The health director also said that Covid-19 self-tests could be on sale in France from next week.

Read more: Covid-19 home test kits on sale in France 'from this week'

Over five million vaccinated in France

This comes as over five million people in France have now received their first dose of Covid vaccine, Prime Minister Jean Castex said on Saturday, March 13.

In a tweet, Mr Castex thanked those who had contributed to vaccination efforts and said: “We will beat the virus together.”

The latest figures from March 13 show that 5,072,224 people have received a first dose of the vaccine in France. This is equivalent to 7.57% of the population.

The prime minister said on Saturday that he hoped 10 million people in France would be vaccinated against Covid-19 by April 15, and that he “had hope” the figure may be even higher.

That means a pace of around one million vaccinations per week, for the next five weeks.

But the prime minister said there may be complications ahead as some pharmacies lack doses of the vaccine, due to delayed deliveries.

Meanwhile nurses have called for a “more significant role” in vaccination efforts, in an open letter published by newspaper le Journal du Dimanche.

The letter said that while nurses have been authorised to give Covid-19 vaccinations since March 5, the need for patients to have a prescription for the vaccine from their GP was “an obstacle to treatment”, especially for people who do not have a GP.

‘No reason to stop AstraZeneca vaccine in France’- Minister