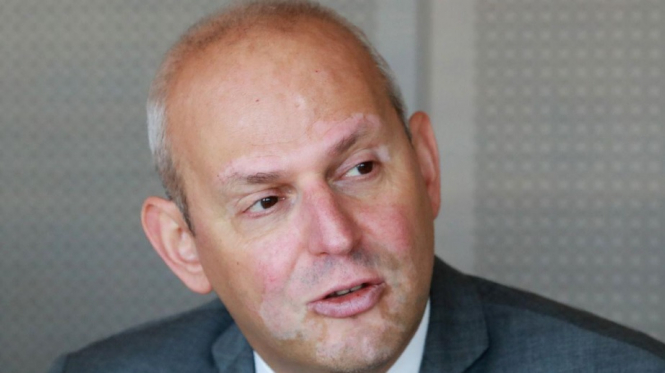 Speaking to France Inter this morning, Jérôme Salomon said: “The epidemic situation in France is very worrying. It is deteriorating very quickly and is very rapid. We can see that the number of cases is now doubling every three days. It is an extremely worrying situation.”

There are now 5,423 confirmed cases in France, and 127 people have died, said the latest update on Sunday March 15.

Lack of respect for health guidelines

He has called on the public to “fight against this virus and keep your distance”. He said: “The distance of one metre [between people] is not being respected. But we all have a major role to play against this epidemic.”

The recommendation to keep one metre between people was a major part of the advice given by Prime Minister Edouard Philippe last week.

Mr Salomon said that the public was not sticking to the guidelines as much as it should.

He and reminded people that “you must understand that we can all be carriers of the virus without realising”, and said that "meeting up in dozens in local parks at a time when schools are closed makes no sense".

He added: “We are still seeing people meeting up [in parks and public places], with children and older people…[but] our loved ones, our children, our friends and our colleagues could all be carriers. Maybe they will become ill in the next few hours or days, or maybe they have mild symptoms that they don’t even notice.

“Maybe they had a slight sore throat or headache, and they don’t realise, but they are carriers of the virus.”

He emphasised: “I especially would like our citizens to realise that there are hundreds of people who are sick, who are in intensive care, and whose prognosis is life-threatening.”

Mr Salomon said that healthcare workers were “ringing the alarm” and “asking for the French people to help them”.

He said: “This lack or respect for the guidelines is not how we will slow down this epidemic.”

He explained that in the small village of Codogno in Italy - the first place to have been affected there - has proven that social confinement and distancing works, because today was the first morning that no more new cases were reported.

Mr Salomon said: “This is very concrete proof that barrier methods and reducing contact with people interrupts the spread of this virus, because there is no way to pass it from one person to another, and it can no longer spread.”

He reminded people that the virus is “not in the air”, but spread between people.

France has not yet enforced total confinement across the country, but has recommended that people put at least one metre between themselves and others, and do not leave the house or mix with other people except where 100% necessary.

Religious buildings can stay open but ceremonies and gatherings must be cancelled.

Italy and Spain are now both in “lockdown”.

Like France, it has closed all non-essential shops as well as bars, restaurants, cafes, football and sports grounds and cinemas.

Residents have been ordered to stay at home. People are only allowed out to buy food or medicine, to travel to work, go to health centres or to the bank. Travel is also allowed for those looking after the elderly or dependents.

Italy, the hardest-hit European country - with 24,747 cases and 1,809 deaths - has also imposed a similar lockdown across the country, with people forced to stay indoors except under certain conditions.

Elsewhere, Germany has today closed its borders, including that with France; while Austria has banned gatherings of more than five people from today onwards. The Republic of Ireland has closed all pubs until March 29, and the Netherlands has closed all schools.

If you have returned from a high risk area, including China (mainland China, Hong Kong, Macao); Singapore, South Korea, Iran or the Lombardy and Veneto regions of Italy, and present symptoms of respiratory infection such as fever, cough, difficulty breathing within 14 days of your return, call the SAMU emergency number, 15. Do not go to your local hospital or doctor.