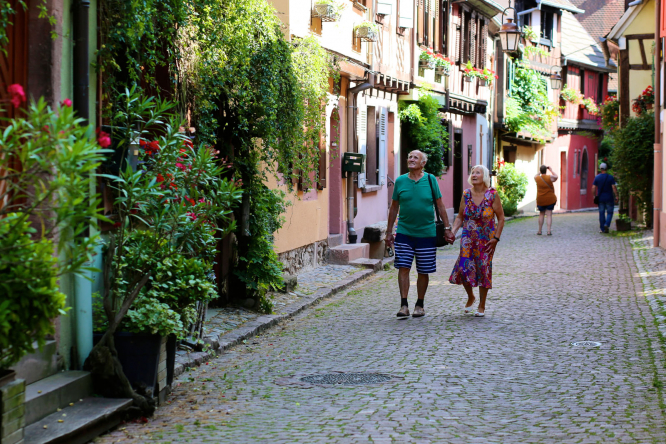 The new law, which is expected to be challenged, could apply to a Briton who died resident in France, for example or an American who died in the US and had a French child Pic: CroMary / Shutterstock

A new law applying French forced heirship rules even where a will specifies a foreign legal system should apply is to come into force in November.

This contradicts an EU inheritance regulation that allows people to choose the law of one of their nationalities to govern their estate.

Another regulation clause says that if a person makes no choice, the default law is that of the country they were resident in.

The new law, which may face legal challenges, will apply where the deceased was a citizen or resident of the EU or where either case applies to any of their children.

It could thus apply, for example, to a Briton who died resident in France or an American who died in the US and had a French child.

It says that if a foreign legal system is used and it does not protect heirs, heirs may obtain compensation for their portion under French rules, from any French property.

It will mostly concern French real estate if the deceased lived outside France, but could include other items for French residents. Notaires dealing with inheritance are asked to inform heirs.

The Cridon centre for north-east France that informs notaires says the law is legally dangerous, poses practical difficulties and ignores the profession’s views.

Trainers for financial advisers, Aurep said: “Specialists in international private law consider it would be excessively complex to apply and may be against the EU regulation.”

English-speaking notaire François Trémosa of of Trémosa - Leschelle & Associés in Ramonville-Saint-Agne, Haute-Garonne, said: "It is difficult to know at this stage what the European Court of Justice might think of this, and we might not know for decades to come.

"The original goal of the new law was to prevent certain Muslim residents in France from disinheriting their daughters, but it's a dreadful and ridiculous means of going about it.

"In practice, it will probably follow the long list of useless provisions only set up for some politicians to be able to give an image of themselves saving the world."

law
inheritance
will
More from French news
More from Connexion

9 hours ago
5
What income must Britons show for a six-month visitor visa for France?