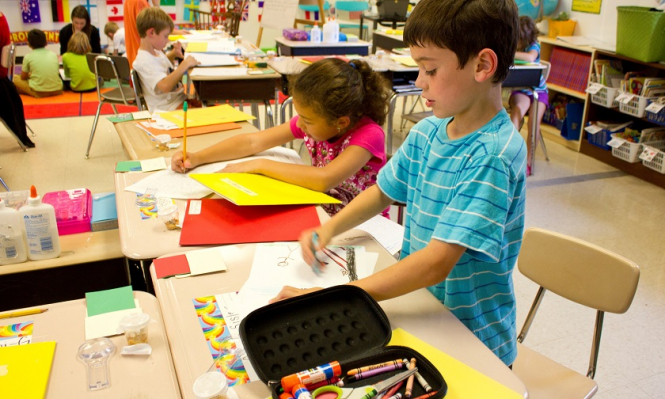 The idea that important services people rely on in daily life must offer at least a bare-bones service on strike days is well-known, but in fact few services in France are legally guaranteed to operate in the case of a massively supported strike and the rules vary depending on the sector.

In schools a 2008 law refers to a service minimum, but this only concerns state primary schools. Around 60% of secondary teachers are striking, so many lycées will be closed. Most are expected to stay open, however, but even where they do, there may be disruptions of certain lessons.

Parents should be aware also of possible disruptions in both primary and secondary to services like school meals or extra-curricular activities and homework sessions outside the regular school hours.

The provision of a service minimum in the primary sector also depends on how many teachers are on strike – if less than 25% of teachers are striking the school must stay open to allow children to come to school, even if they are not able to run all the usual lessons.

If more than 25% are on strike then the commune is meant to organise an alternative way for the children to be looked after during the school hours.

In practice some mayors say this is difficult, especially as teachers can declare intention to strike just 48 hours before a strike and the communes have to send send the local education authority (inspection académique) a list of people who may be asked to supervise the children so that they can be vetted to see if they are suitable.

With around 70% of primary school teachers expected to be on strike on Thursday, teaching unions estimate that around 40% of primary schools will be shut. Parents are advised to check the website of their area’s académie (education service), or obtain information from the school and/or mairie.

Municipal creches will also be affected by strikes and in some areas several local communes may make arrangements to use non-striking staff to keep open certain creches. Staff are not expected to strike in private creches but they could be affected by transport problems.

On the railways, a service minimum, with trains still running but less frequently, is,  contrary to what many people believe, not a strict legal obligation but rather something that is expected to be organised in the event that there are enough non-striking staff to carry it out.

This will not be the case tomorrow and there are expected to be very few trains running (however Eurostar expects to run half of its services).

Only a limited number of French services have to operate in times of a national strike, such as the national police, military (including gendarmes and Paris and Marseille pompiers), judges and prison wardens, who are not allowed to strike.

Sometimes such workers make a ‘symbolic’ gesture of support for a strike, such as when on Monday around 100 CRS riot police (part of the national police) placed helmets and batons in front of a police station in Val-de-Marne and held a minute’s silence.

In certain other sectors, such as hospital nurses and doctors and air traffic controllers, there is an obligatory service minimum, meaning some would-be strikers may be obliged to work.

20% of flights cancelled on Thursday