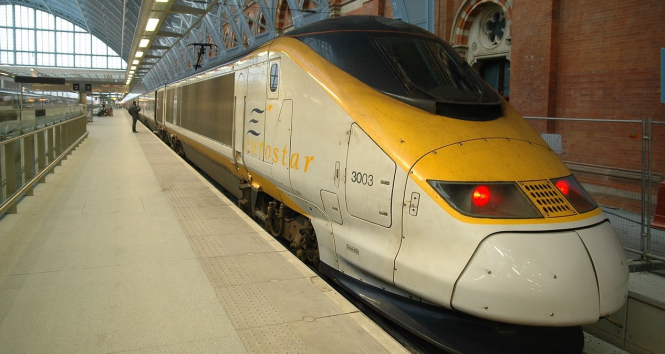 Further disruptions are expected in the days ahead.

It comes as unions are protesting about planned reforms to end France’s 42 ‘special’ pension regimes and bring their workers in line with ordinary pension rules.

The head of the Aéroport de Paris group has said that 80% of flights are expected to be taking off at the Paris airports as the participation of airline and airport staff is not expected to be on a massive scale, nonetheless strikes by some air traffic controllers are expected to cause problems from Thursday to Sunday this week.

Users are being asked to anticipate difficulties at French airports, including if they need to get to the airport via transport likely to be affected, such as trains. Travellers should also check for updates on their flight.

So far only one union of air traffic controllers is concerned, having given notice of strikes from Thursday to Saturday. However three ground staff unions are also taking part, notably for workers at Air France.

Most train services are expected to be cancelled in France on Thursday including TGV long distance trains as all railworker unions are taking part in the strikes. According to Hauts-de-France region vice president Franck Dhersin it is possible that less than 5% of trains will be running there, both local TER and TGV. He added it may even be preferable to cancel them all to avoid overcrowding on ones that remain.

It is not currently possible to reserve a TGV Inoui, Ouigo or intercités train between Thursday and Sunday, as the SNCF wants to prioritise people who have already reserved and to whom it will try to offer alternative trains if the one they were travelling on is cancelled. However seated places cannot be guaranteed, the firm says.

One way it is attempting to deal with the situation is by asking managers to step in to do some of the jobs normally done by staff on the ground, however even many cadres (managers) are taking part in strikes.

An SNCF spokeswoman said they cannot predict how many trains will be affected, but more information will be available from 17:00 this evening (an update at this time each day of the strike is planned).

She said people who supplied a contact mobile phone number and/or email address when booking tickets will all be sent information directly; others can log on to the SNCF’s oui.sncf and Assistant SNCF mobile phone applications or visit sncf.com or oui.sncf or the SNCF's Twitter for more information.

The spokeswoman said the websites will have banners on the homepages that you can click on for information on the strikes. You can also check your journey at this page.

The SNCF says it is organising deals with alternative providers such as car-sharing with BlaBlaCar, coaches with BlaBlaBus and Eurolines, car rental with Avis, and peer-to-peer rental with Ouicar (see oui.sncf and the Assistant SNCF application for more on these).

Eurostar expects only half of its trains to be running on Thursday and Friday, and slightly more at the weekend as well as some cancellations on Monday and Tuesday next week. Travellers should check this web page for information on cancellations.

Refunds and exchanges are available for cancelled trains.

The firm also warns that there will be major disruptions to Métro and RER train services in Paris and to connecting trains to destinations across France. For RER and Métro updates see this page.

Nonetheless they “feel pretty confident about the ability to run services even on Thursday and Friday,” a spokesman said.

French say strike is justified and make other plans

Who's on strike on December 5

France braces for a winter of strikes (paywall/subscribers)

Why the French must embrace pension reform (paywall/subscribers)

Pension change needed but has been badly explained (paywall/subscribers)