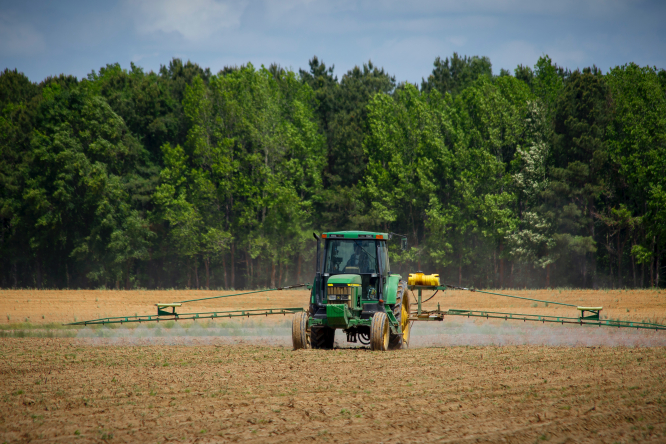 The Conseil d’Etat has said the power to ban or allow pesticides to be used in France rests with the State, rather than with local mayors.

Judges noted that police specialised in pesticides had the power - “confined to State authorities” - to limit pesticide usage, meaning that mayors do not have the right to make rules or ban general usage of pesticides in their communes.

The ruling, made public on December 31, 2020, came in response to an appeal from authorities in the commune of Arceuil, near Paris, against the suspension of a law from September 2019 allowing more local powers against pesticides.

Many other communes have tried to introduce local laws about pesticide use. In 2019, the mayor of Langouët, in Brittany, made it illegal to use pesticides “within 150 metres of any land parcels containing a building used for habitation or professional reasons”.

The law was swiftly overturned by the State, with the judge noting “The ministry for agriculture is in charge of the administrative police for pesticides. The mayor of a commune can, in no case, involve themselves in the work of this special police force via local regulations.”

Tens of other communes have since tried to implement similar laws, with support from NGOs and ecological politicians.

Mayors and NGO leaders have expressed their disappointment in response to the new ruling.

Florence Pression, deputy mayor of Sceaux, near Paris, and member of the Mayors against pesticides collective (Collectif des maires anti-pesticides) told news source Le Dauphiné: “This is a very negative ruling, but will not give up. We have not yet done all we can to stop it.”

Communes in the collective, and 40 others who are affected, have since lodged procedures questioning whether the ruling is constitutional. Many of the procedures cite the right to health as a main reason.

The collective also intends to take the case to the European Commission, hoping it will take action against France for “lack of protection for inhabitants”.