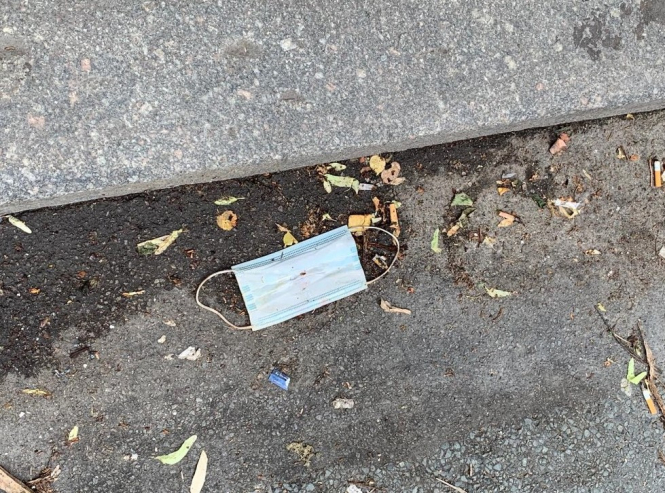 Since the start of deconfinement on May 11, rubbish collectors in several cities such as Lyon, Marseille and Paris, have complained about the number of face masks found on the floor.

Currently a person can be fined €68 if she or he is caught throwing a surgical mask (or any other waste) on the ground.

MP for Les Républicains (right-wing) Eric Pauget wants to increase the existing fine of €68 to €300. He said that this type of behaviour “has important health and environmental risks.”

A surgical mask takes 450 years to decompose, according to the environmental organisation Plastic Attack.

Mr Pauget also asked for the use of video surveillance to punish offenders in the street and said he wants municipal police officers to have the power to carry out identity checks in the street.

He said: "Each of these pieces of scattered waste not disposed of in accordance with the Environmental Code is a nuisance or pollution which constitutes a significant cost on many levels for the community."

His bill would have to be passed by the National Assembly and Senate before it could become law.