Macron: France Covid lockdown will end ‘in stages’ from May 3 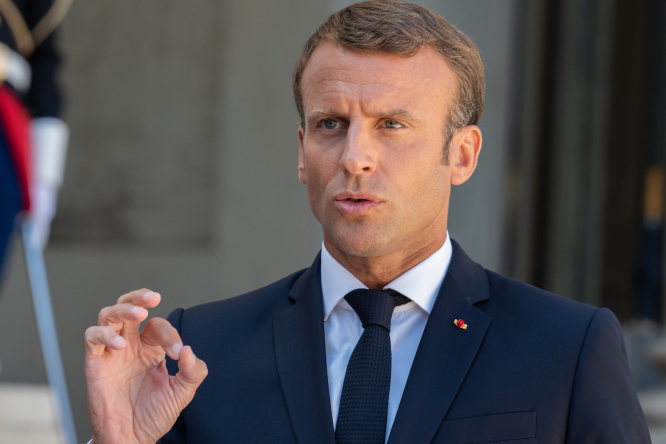 President Macron is expected to make an announcement about the stages of lifting lockdown in the coming days Pic: Frederic Legrand - COMEO / Shutterstock

Restaurants and public places in France will reopen “in stages”, and the curfew may be relaxed in some areas, after confinement begins to lift on May 3, President Emmanuel Macron has said.

While on a visit to coincide with schools going back on April 26, Mr Macron said: “We will open in stages.

“The weather is warming up, we are vaccinating more and more people, and the number of cases is dropping due to our efforts over the last few weeks, so we should gradually and gently reopen things from the beginning of May.”

He said: “Each of the stages will depend on the results we see [for the health situation]: we always consider the data over a 10-15 day period.”

The president said that the measures would depend on the health situation in different areas.

He said it made more sense to open terraces first, rather than allow inside dining, because “we contaminate more when it’s closed in, and when eating, so that is what we must try to limit initially”.

On the subject of cultural sites, such as theatres and cinemas, Mr Macron said: “We will try to open them early, with the first phase, with lower capacity.

“For theatres, cinemas and others, if we limit the number [of people] we could reopen them in the first phases.”

President Macron also said that he would ideally like to “delay” the curfew time “a bit”.

But Mr Macron said yesterday that “19:00 is still early”, suggesting that he could announce a change to the time in the coming days.

Work Minister Elisabeth Borne told BFMTV today: “Decisions [on curfew time] have not yet been taken [but] it would be preferable for restaurateurs if they could open later. When we open the terraces, people would be able to stay out a bit longer.”

And while Ms Borne echoed the President’s words that “the reopening must be done in stages”, she said: “We all want to get back out onto the terraces, and have less strict rules, but we must be careful.”

Government spokesperson Gabriel Attal has said that President Macron will speak soon on the reopening timeline.

The date of the speech has not yet been set, but Mr Attal said that Mr Macron would speak to the nation to “give the stages of the reopening calendar” in the coming days.

He said: “I am not going to commit to a date because it hasn’t been set yet. But I think it will be soon. We have to find the right moment, and it depends on two things: Firstly that the government work on these steps has moved forward.

“I can tell you that it is moving forward, we have regular meetings to prepare for these deadlines.

“The second thing is that these announcements must be made sufficiently in advance so that the people who work in places that have been closed can prepare for their reopening, because it requires major organisation and preparation.”

Where in France are restaurants expected to open first?

CONFIRMED: End of lockdown in France set for May 3