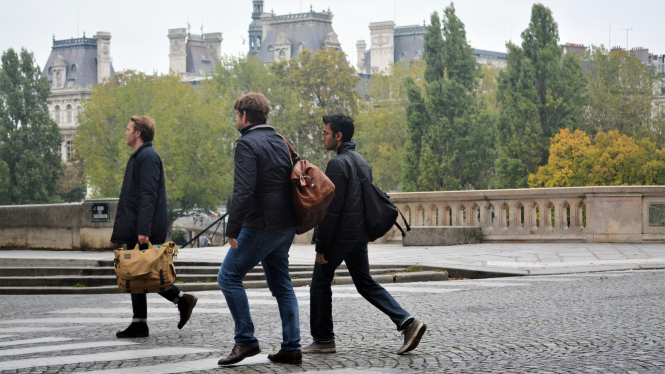 The plans would increase space for pedestrians, cyclists and public transport in the city centre Pic: Carl Campbell / Flickr

The mairie has announced plans to increase pedestrian access and cycling in the centre of Paris and ban transitory traffic passing through the capital by next year.

The planned ‘peaceful zone’ would go from Place de la Concorde in the west to Place de la Bastille in the east, and from Saint-Germain on the left bank to Boulevard Poissonnière on the right bank.

Within this area, which covers almost 12.5 km2 in the heart of the capital, priority access would be given to pedestrians, cyclists and public transport.

The zone will include many famous historic landmarks (The Connexion)

The deputy mayor in charge of transforming public space in the capital, David Belliard, told Le Parisien: “Similar measures are already in place in other European cities – Madrid, Rome and Milan – and in France, in Lille and Nantes.

“We want to introduce this in the centre of Paris with one objective: Drastically reducing transitory traffic.”

He said that 180,000 cars pass through the area in question every day, which is “ten times more cars than people who live there”.

Of this, transitory traffic makes up 40-60% of total traffic depending on the time of day, the deputy mayor said.

The new almost-traffic-free zone has been dubbed the zone apaisée Paris centre et Saint-Germain (the peaceful zone of central Paris and Saint-Germain) as the mairie predicts that reducing cars will cut noise pollution, and improve road safety, and provide more social space.

Discussions are underway to clarify exactly which types of vehicle would still be allowed to enter the zone. Exceptions are expected for residents and local businesses with vehicles, disabled access, taxis and possibly tourist cars.

Residents in Paris can participate in an online survey giving their opinions on the area selected for the plans, which kinds of traffic should have access, and what should be done with the extra public space created.

Paris Mayor Anne Hidalgo, who is behind the plans, pledged to create pedestrianised areas throughout Paris, including in the city centre, when she successfully ran for re-election in 2020.

She has previously pedestrianised the banks of the river Seine, despite strong opposition from motorists, increased cycle lanes throughout the city, and vastly reduced traffic on major boulevard Rue de Rivoli.