Masks to become obligatory in indoor public spaces in France 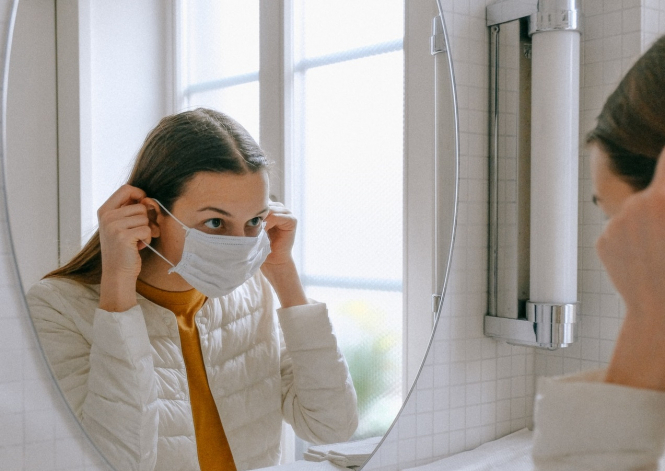 Doctors in France have recently called for face masks to be worn in indoor public areas amid fears of second wave of the virus.
By Joanna York

In the meantime, the President urged people in France to “wear masks as much as possible when they are outside, and even more so when they are in enclosed spaces".

This comes as cases of Covid-19 have risen in France since confinement ended on May 11.

Recently, many high-profile doctors have called for mask-wearing to be enforced in other public spaces amid fears that people in France are abandoning barrier gestures that help stop the spread of the virus.

The delay between the President’s announcement and the implementation of the new law will allow time for the process to be managed properly health minister Olivier Véran said.

During a visit to Henri-Mondor hospital in Créteil (Ile-de-France) yesterday, he said that the government needed time to sort out logistics, among other details - namely making sure there were enough masks available and that all people living in France have access to them.

What is a ‘closed public space’?

The government is yet to clearly define what constitutes the kind of “closed public space” in which a mask must be worn.

The official website for the French state defines public establishments as “buildings into which external persons are admitted” whether or not admission is free, upon payment, limited or on invitation. In other words, spaces that are easily accessible to the public.

It could also include cultural centres, banks, sports centres, museums, concert halls and cinemas, as well as spaces in care homes and retirement homes that are accessible to the public.

Shops, shopping centres, bars, hotels, restaurants and establishments that greet customers from behind a service window are also expected to be affected.

Establishments that only allow in staff members, but not members of the public, should not be affected by the new measure, although it may still be advisable for staff to wear masks in such locations.

Details of the law to be defined

The government is also yet to clarify what the penalties will be for non-mask wearers.

Since deconfinement began on May 11, mask-wearing has been obligatory on public transport in France, with those who don’t comply risking a fine of €135.

However, it is currently not clear whether for example, if a client did not wear a mask when required in a restaurant, if the client themselves or the restaurant would be penalised. It has also not yet been specified which authorities will enforce the new law.

Covid-19: How to stay healthy this summer in France