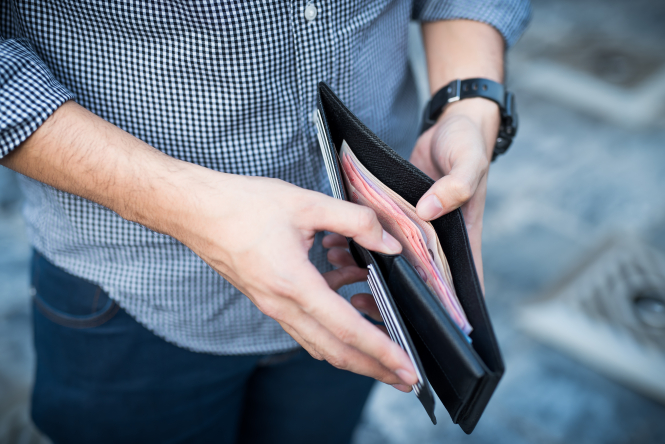 The new rate is in line with an 2.2% increase in inflation Pic: Nopphon_1987 / Shutterstock

The minimum wage in France (known as the SMIC) will go up by 2.2% from October 1, Work Minister Elisabeth Borne said yesterday (September 15).

How many people will be affected?

An estimated 2.5 million workers in France will be impacted by the change, equivalent to 13% of salaried employees.

This comes as national economics body INSEE reported that inflation in France has also risen by 2.2% in the same period. When inflation rises over 2%, the government is legally obligated to increase the minimum wage.

Even though the level of SMIC will rise in October, an annual evaluation of the rate will still take place in January 2022, as it does every year.

How does France’s SMIC compare to minimum wage across the EU?

The increase to €1,589.47 gross consolidates France’s position as giving some of the highest minimum wage payments among European Union member states.

Average salaries in the private sector in France are €1,940 net per month, inequality watchdog l'Observatoire des inégalités has found, using data from INSEE.

The watchdog said that salaries may be higher in the public sector as such jobs often require higher levels of education.

However, INSEE itself came out with considerably different figures, estimating that the average private sector salary was €2,424 het per month in 2019.

L'Observatoire des inégalités has a salary comparison tool on its website here, where you can calculate how your salary compares to the average in France.

Is everyone in France paid at least the minimum wage?

The body estimates that some 1.7 million workers in France are paid less than the minimum wage per hour in practice.

It said that such workers are often excluded from minimum wage payments because they are not considered ‘real workers’ (in the case of apprentices and interns).

Their hours can also be difficult to track (seasonal workers), it said, and their pay can fluctuate depending on the number of children or adults in their care (in the case of nursery school assistants and home help staff).

Are there plans to introduce an EU-wide minimum wage?

The EU currently stipulates that workers in the Union must be able to “earn adequate minimum wages”, but has also said that “in the majority of member states, the adequacy of minimum wage is insufficient”.

As a result, in October 2020, the European Commission adopted a proposal for an EU directive on adequate minimum wages, which would establish a framework to improve the adequacy and protection of minimum wages across the bloc.

The framework would set minimum standards, but would not impose a set level of pay or force countries that currently rely on collective agreements (such as Switzerland) to bring in a statutory minimum wage.

The Directive would have to be adopted by the European Parliament and the Council before becoming national law, and once adopted, states would have two years to comply.