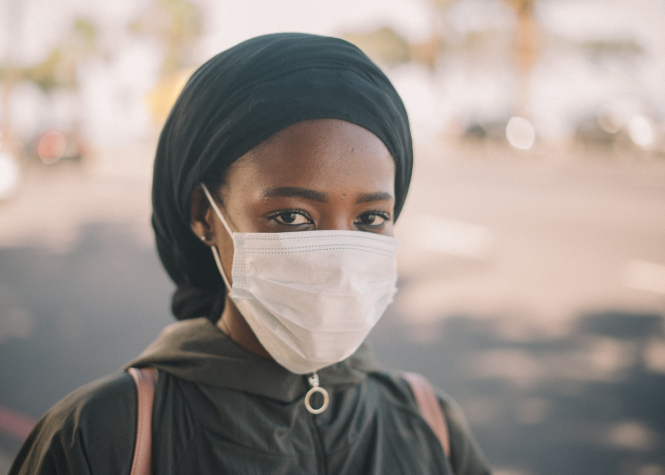 Mask wearing is now mandatory, even outdoors, in a growing number of cities, towns and communes in France
By Connexion journalist

Ms Hidalgo has this week (Tuesday August 4) submitted a proposal to make masks mandatory in certain public areas of Paris, to head of the capital’s police, Didier Lallement. The measure, if it is introduced, is likely to apply first to busy shopping streets, public parks and gardens, the banks of the River Seine, and covered markets.

Paris deputy mayor in charge of health, Anne Souyris, said: “Wearing a mask is unpleasant, especially when it is hot, but it is a really necessary move now that the epidemic is restarting.
“We will therefore demand that it becomes obligatory in exterior areas where there are a lot of people, and where respecting the distance of a metre between people is difficult.”

She said that currently, “90% of people in the streets do not have [a mask]” and that there is much variation between neighbourhoods.

Paris is the third-most affected French department in the Covid-19 epidemic (after Mayenne and French Guiana).

Ms Souyris added: “After having dropped in June, all the indicators are now showing a rise in Covid-19 in Paris and its surrounding region. The movement is slow, but constant for a month. There has been a clear spike. It’s disappointing, but we are at the start of a second wave.”

Whether or not the country will suffer a “second wave” of the epidemic has been a contested point in recent months.

Read more: Coronavirus: what France’s ‘second wave’ could look like

The most recent analysis report from government advisory council Le Conseil Scientifique said that “it is highly probable that a second epidemic wave will be seen this autumn or winter. The first epidemic peak showed the fragility of cities that are at risk of this type [of outbreak].

“Increased mortality linked to Covid-19 was higher in the more dense areas.”

So far, the rising case numbers have been deemed as “under control”, with only a small rise in the number of intensive care admissions so far.

Paris is not the only city considering mandatory masks; Toulouse (Haute-Garonne, Occitanie) has also made them mandatory in certain areas from today, including on the banks of the river Garonne, where many hundreds of people often gather during summer evenings.

They are required for anyone aged 11 and over, from midday to 3h, in places such as the Place Saint-Pierre - which is popular with students - and the Quai Saint-Pierre, Place de la Daurade, Quai de la Daurade, and the Promenade Henri Martin.

Masks are also required in covered markets, antiques markets and car boot sales across the Haute-Garonne.

The rule is set to be in place for at least 30 days, with a possibility of extension if necessary. It comes after Santé Publique France noted a “recent increase in the number of new cases in the Haute-Garonne”, especially among people aged 20-30.

In a statement, the prefecture of the Haute-Garonne said: “These areas where barrier gestures are not very respected, have been defined with consultation with the mayor of Toulouse and the departmental association of mayors.”

The rules are set to be enforced by police.

The city of Lille has also made them mandatory in certain areas, as has Nice, along with many communes in the highly-affected department of Mayenne.

The introduction of mandatory masks in many communes outdoors has widespread support from the public, a new poll has found.

The online survey by pollster YouGov was conducted on August 3 and 4, and asked a representative sample of 1,041 French people aged 18 or over their views on masks.

Almost two thirds (62%) said they were in favour of wearing a mask outside, and 84% said that they would wear one if required to do so.

Overall, just 14% of the public said that they would “refuse” to wear a mask outside, and four in five people (80%) agreed that “a mask is a useful protection tool against Covid-19”.

Newspaper Le Monde has compiled an interactive table (below) showing the departments and communes that have made masks mandatory in certain outdoor spaces, including where they are now required, and until when.

Click the table below to use it and search for your area (on the Le Monde website, in French).