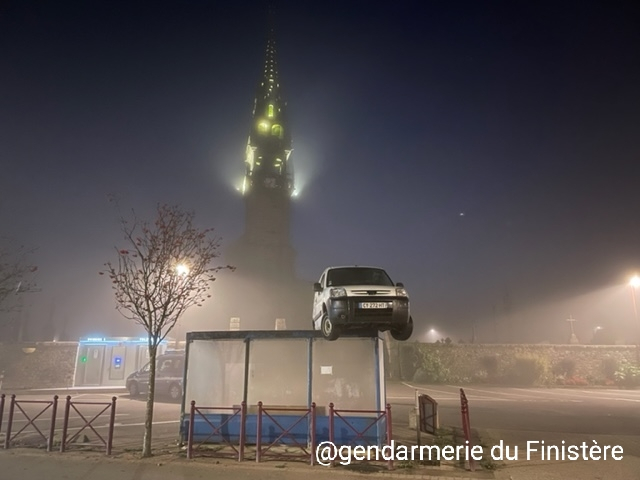 No one saw or heard anything about what happened on Sunday night Pic: Gendarmerie du Finistère

Police are still investigating how a 1.3 tonne car ended up perched on the roof of a bus shelter in a small town in Finistère, Brittany.

There have been plenty of suggestions by some of the 2,200 residents of Plounéventer including the settling of scores, a prank - or even an art project - after the car was spotted early on Monday morning.

The white utility vehicle Peugeot Partner was removed by police a few hours later with the help of a crane.

The owner of the vehicle has been identified but is said to be unreachable. The car had no insurance and no up-to-date contrôle technique test.

Philippe Héraud, the mayor of the town, is expected to file a complaint for damage to property and endangering others.

This strange phenomenon tickled the imagination of internet users with a selection of humorous scenarios like the one in this photo: