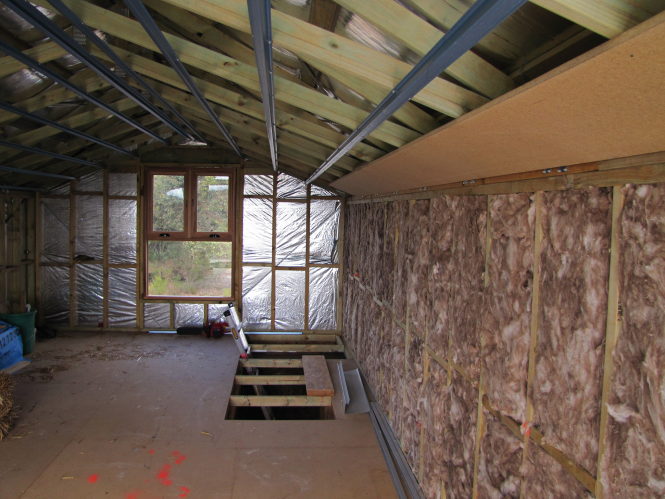 Home renovation grant MaPrimeRénov’, launched at the start of this year for low-income owner-occupiers, is now available to all, including tenants and landlords.

The grants help pay for work such as insulation, eco-friendly heating or an energy audit of your home. It must be done by an RGE-accredited firm.

However, money will be on a sliding scale, with the lowest-income households eligible for up to 90% of costs, dropping to 40% for those with greater means.

Households’ means will be graded into colours, from lowest to highest: blue, yellow, violet and pink. For example, money towards a wood pellet boiler can be respectively up to €10,000, €8,000, €4,000 or nothing (“pink” households are eligible for only a limited number of types of work).

The grant system now includes special bonuses for work taking a home out of the F or G energy ratings (very inefficient) or for work which moves a home into the top A or B grades.

Regulated prices of gas have risen. For those on these traditional rates, offered by Engie, the rise represents 1.2% for those who only cook with gas, 2.6% for those who use it for heating water, and 4.9% for those with gas heating.

Those with “market rate” tariffs are not affected.

Money is now available to help people who take time off to care for family or close friends who are disabled or ill and with dependency needs.

It was previously possible to take up to three months off for a congé du proche aidant, but this was unpaid.

There is now a payment called allocation journalière du proche aidant (AJPA), of €43.83/day for a person who lives with a partner, or €52.08 for someone living alone.

Up to 22 days’ worth can be claimed per month, but no more than 66 days in total during a person’s career.

MPs have voted to allow people to change their mortgage insurance at any time.

This is part of a package of legal changes, the so-called Asap Bill, still going through final stages in Parliament.

Current rules allow people to change at any time in the first year, but then only once a year, when the anniversary of the contract comes up.

Contracts to rent a plot for a caravan or mobile home may legitimately be limited to one year, with no need for either party to give a reason for not renewing, said France’s top appeal court.

The French high court Cour de Cassation said one-year contracts were the rule and they are not tacitly renewable but only renewable if it is both parties’ wish.

A new €1,000 grant has been announced for drivers who wish to buy a second-hand 100% electric car – but it will not be in place until next year.

Up to now, money towards electric cars was limited to the purchase of new models.

Therapeutic use of cannabis for a limited number of patients suffering from certain serious illnesses has been authorised in a trial lasting until March 31, 2021.

Conditions could include nerve disorders, epilepsy, side-effects of chemotherapy and multiple sclerosis.

It will be administered, free of charge, in the form of oil, capsules or dried flowers, but is not to be smoked.

Free support packs are available this month to help you give up smoking, either by visiting a pharmacy or creating an account at Mois sans Tabac.

This initiative has a helpline on 39 89.

Read more: Did you know? Nicotine was name after a Frenchman

Dates for your diary

November 1 is a bank holiday: All Saints Day. This is a common time to visit family graves and place chrysanthemums on them, though the official day in honour of the dead is November 2, la Fête de morts.

November 11 is also a bank holiday and marks the end of World War One. It is considered a day of homage to all who died for France.