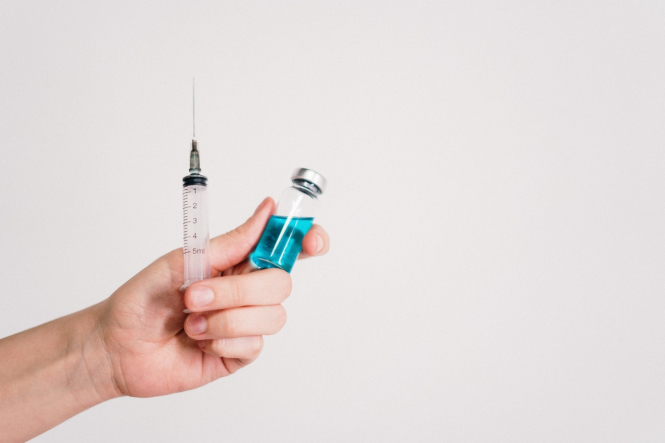 People living in France will soon be able to sign up to receive a Covid vaccine outside of the standard rollout timetable as part of plans to avoid wasting doses, the health minister has announced.

Health Minister Olivier Véran said on January 5 that people will be able to sign up online to be informed if there are doses available for use at the end of the day, which would otherwise go unused.

He did not reveal exact details or dates, but told radio network RTL France: “There will be a sign-up possible for people living in France who wish to do so, via internet, doubtlessly by telephone [too], and why not by the TousAntiCovid app, [so that] anyone who wants to get vaccinated can let us know, sign-up, and get an appointment.”

The health ministry stated: “This means that some vaccines could be used, in some cases, to vaccinate people who are not part of the targeted population [according to the rollout timetable].”

The system has not yet been opened, but the minister said it would happen “within the next few days”.

If implemented in France, the country would be following a similar system to one used in Israel - which has managed to vaccinate 1.5 million people in only a few weeks.

There, “non-priority” people can sign up to a WhatsApp notification system, which lets them know if there are leftover vaccines available at the end of the day. They are contacted directly by message, and they can then claim an appointment and be vaccinated “early” if they wish.

The suggestion of a similar system in France comes in light of a recommendation by health authority la Haute Autorité de Santé (HAS) that “no dose should be lost”.

There are fears that as many as “25-30% of doses of the Covid-19 Pfizer/BioNTech vaccine could be going to waste”, according to the health ministry, because of “logistical constraints”.

This is because the Pfizer vaccine requires careful care, and must be stored at -70C before being used. Once a bottle is open, it must be used within several hours, otherwise the vaccine no longer remains effective. It cannot be “refrozen”.

And, in its official instructions, Pfizer has also said that each bottle only contains five doses of the vaccine - to allow for wastage between doses - but technically each vial contains enough liquid for six or seven doses.

When added to the constraints on who is eligible to receive the vaccine under the current rollout timetable, these logistical challenges mean that some doses of the jab are being lost.

As Dr Pierre Alemmano, from the Pôle Santé Saint-Jean in Cagnes-sur-Mer, Alpes-Maritimes, told newspaper Nice Matin last week: “The calculation is simple. They deliver us bottles containing 2.2ml of vaccine, with an obligation to give only five doses per bottle.

“Knowing that one dose is 0.3ml, after vaccinating five people, there is 0.7ml remaining that gets thrown away, even though it would allow us to vaccinate two more people.”

Medical experts admitted to Nice Matin that one more person could be vaccinated per bottle, but that repeated use of the same bottle means that there is some unavoidable loss, so getting two more vaccinations from the bottle “would be more difficult”.

The European Medicines Agency (EMA) has recommended that the official instructions be updated to suggest six injections per vial, rather than the current five. While this could lead to more expensive bottles in the long-run - as Pfizer could increase its prices to make up for the shortfall - this could also lead to 20% less wastage per bottle.

At the AP-HP hospitals in Paris, the group is using the vaccine doses that are left at the end of the day’s appointments to vaccinate healthcare workers who wish to have it, even if they are not part of a priority group. According to newspaper Le Parisien, workers now have access to an online platform to sign up to the system.

Currently in France only elderly people in care homes and healthcare workers over 50 are technically eligible to have the vaccination.

Yet, the government has also said that in order to increase the number of people being vaccinated, it is set to open 500-600 mobile vaccination centres by the end of the month.

It has also said that it will seek to increase the time gap between the two vaccinations required - despite the recommendations of the manufacturers - in order to vaccinate more people with the first dose more quickly.

The new announcements come after France has received mounting criticism for the “slowness” of its rollout, despite the health minister and government spokesperson Gabriel Attal saying that the strategy is intentional, and that France will shortly catch up with neighbouring nations such as Germany and the UK.