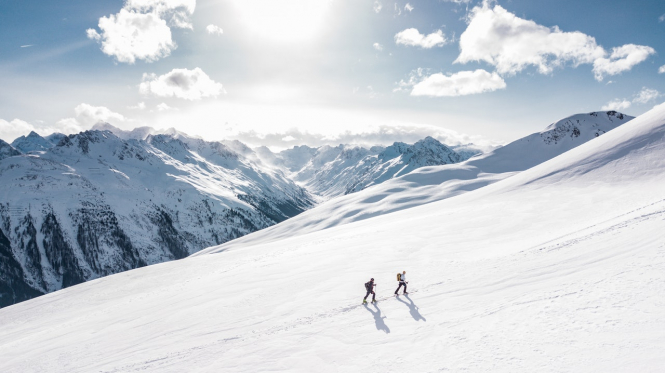 The mayor of Nice has called for two ski stations to be allowed to reopen for local residents over Christmas - despite Prime Minister Jean Castex this week confirming that all French stations must remain closed.

Mr Castex yesterday confirmed that ski stations in France would need to remain closed for the Christmas holidays, due to extra pressure being put on hospitals by Covid-19.

But mayor of Nice Christian Estrosi has called for the ski stations of Isola 2000 and Auron - as well as a neighbouring cross-country ski field - to reopen, but only for Alpes-Maritimes residents and second-home owners, in an attempt to “save their opening” over the important Christmas period.

Mr Estrosi said: “We are talking about local stations - and we have had bad weather. We do not want to suffer twice; first from Storm Alex, and then not restarting activities in our stations.”

He particularly called for help for the stations of Isola 2000 and Auron, as well as a neighbouring cross-country station, because they were especially badly affected by Storm Alex.

The two downhill stations take around 25% of their annual income over Christmas, and usually welcome 2,000 and 7,000 skiers per day on average during this period. Mr Estrosi added that there would be severe economic issues, and a risk to 2,500 jobs, if the stations were not able to operate.

Storm Alex was a hurricane that hit in early October, and caused severe damage to the Alpes-Maritimes area.

Read more: Natural disaster to be declared after south of France floods

As well as calling for restricted access, Mr Estrosi also called for the stations to be permitted to limit visitor numbers to 50% of normal levels to ensure physical distancing, for reservations for the slopes to be made in advance online, and for restaurants to operate a “click and collect” online pre-ordering and takeaway service.

He also agreed that strict health protocols would need to be in place, including not using telecabines, a clear limit on the number of people allowed in ski lifts, and a requirement for people to show a negative PCR Covid test from within the last three days, in order to be allowed on the slopes.

He said: “We are suggesting a strict health protocol in a situation that is not at all comparable to other big French stations. Our stations are beautiful, but in contrast to Courchevel, Megève, Val d’Isère, which have a 90% international and national clientele, we rely on 90% local clientele.

“We have worked like crazy to be ready to open our stations, [and repaired] roads in record time.”

France stations will not open for Christmas

Mr Estrosi’s statement comes as the French government confirmed French mountain ski stations will not be permitted to open and operate over Christmas.

In his televised speech on deconfinement plans on Tuesday November 24, President Macron said it was "very hard to see how [ski stations] could open for the holiday period", and on Thursday, Jean Castex confirmed this.

Rather than because of an increased risk of Covid-19 spreading between skiers - although this is a risk - the main concern is that extra tourists and possible skiing accidents might pile pressure onto already overloaded local hospitals.

Mr Macron and Mr Castex have said it is more likely that stations will be able to reopen “in January”.

France has around 350 ski stations, which employ around 120,000 seasonal workers per year - with around 12-25% of business takings usually coming in over the Christmas period.

President Macron’s statement was received with “concern” by the industry. President of French mountain association France Montagne, Jean-Luc Boch, said that Mr Macron's words had been a “cold shower”.

Mr Boch said: “[Christmas represents] a lot of money and many jobs in this industry, which has been disadvantaged from the start. The mountain is not an easy place to live every day.”

So far, most German and Italian ski stations have indicated that they will not open - with the Bavaria region of Germany notably saying that “there would be no skiing for Christmas” - but Austria and Switzerland “want to keep their stations open for the time being”, said Mr Boch.

He said that this made it all the more important for French ski stations to reopen, saying: “Our main competitors in Europe are Austria and Switzerland, not Germany or Italy.”

Bavaria is closed. Chancellor Angela Merkel said: "We must continue to make an effort. The number of daily infections is still much too high."

Anyone returning from the Austrian mountains to Germany will have to quarantine for 10 days, even if they only go for one day.

Austria has said it will likely reopen its ski stations for Christmas, despite its current lockdown set to remain in place until December 7.

Franz Hörl, MP and director of the country's ski lift operator association, said that closing for Christmas would be "catastrophic, not only for us, but for the entire country".

Austria is particularly dependent on winter and Christmas tourism.

Some stations are already open. Switzerland has said that it is opening its stations over Christmas, with heavy health protocols in place.

The Italian government has said it will issue a decision soon, in coordination with France and Germany. As these two countries have already decided to close their slopes, it seems likely that Italy will do the same.

Prime Minister Guiseppe Conte has already said: "It will not be possible to allow snow holidays."

Italy's three major ski destinations - Piedmont, Lombardy and South Tyrol - are currently "red" in the country's epidemic level, and no travel is allowed save for authorised exceptions.

So far, Spain is set to open its ski stations from mid-December onwards, but the exact rules are still to be decided between the central government and authorities in the regions - and ski slopes may yet be closed, depending on the ongoing epidemic situation.

Some ski holiday companies have decided not to offer packages to France this year in light of the closure and uncertainty.

Crystal Ski Holidays, the UK's biggest ski holiday operator, has notably confirmed that it will not be offering ski trips to France this year.

In a statement, it said: “We’re sorry to confirm that due to the impact of Covid-19 and the restrictions now in place, we can’t operate our holidays to France for departures up to and including 31 December 2020.

“We’re aware of the French President’s recent announcement regarding restrictions in France. We’ll be proactively contacting any customers whose holidays are impacted as soon as possible to discuss their options, prioritising those due to travel in the coming weeks. We are continuing to monitor the situation."

‘Mountains are not only about ski slopes’

Olympic champion Martin Foucade has also reacted to the news that stations will not reopen by reminding people that “mountains are not only about skiing”.

Mr Foucade wrote: “This evening I am sad to not be able to ski on the slopes at Christmas. However, even if the ski stations are closed, the mountains will not be. So come to breathe, walk, do cross-country skiing or play in the snow with your children.

“The mountains are not only about ski slopes, today more than ever the other activities need you.”

Sleds, hikes, raquettes, and cross-country skiing can all be done without using ski lifts or telecabines.

Under the expected rules, the sport will be added to the list of those permitted under the new lockdown regulations that allow activities within 20km of your address, for a total of three hours including travel.

Currently, mountain areas that do manage to receive visitors at Christmas will not be able to operate ski lifts; and restaurants, bars and cafes will remain closed in line with deconfinement regulations.

Mountain authority France Montagne has published an infographic and full list of its recommended health rules for people visiting ski stations this winter.

These rules are still live on the France Montagne website, but following the government’s announcement, it is unlikely that ski pistes will be open or accessible.

For the moment, the rules are:

They are as follows:

In equipment hire shops + other shops

In tourist offices and your accommodation