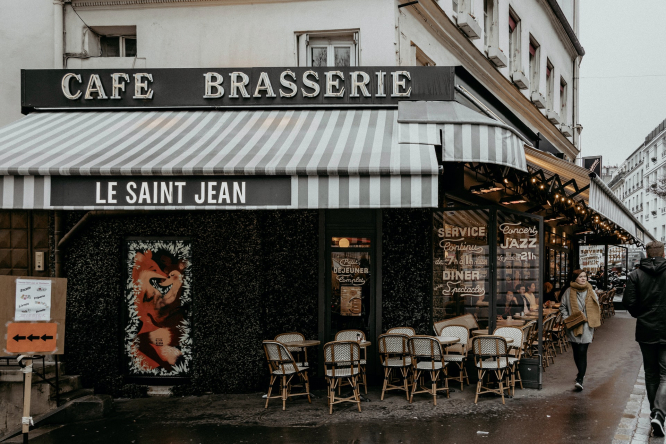 Restaurants in France are not set to be allowed to reopen until at least January 20, 2021
By Hannah Thompson

Nine mayors in the northern suburbs of Paris have demanded the “immediate” reopening of restaurants and bars and have attacked the government’s decision to keep restaurants closed until late January.

Of the 14 communes of Grand Paris-Grand Est, nine have joined together in the action.

The mayors made the call on December 1. They told local news source France Bleu Paris that the decree to keep restaurants and bars closed constitutes “administrative incoherence with severe consequences”.

The statement said: “We cannot allow this situation when, at the same time, business restaurants are staying open. This is an administrative incoherence, with severe consequences. No scientific study shows that these are sites of contamination.

The mayors added that as many as 50% of establishments in the area “risk closing for good because of the measures imposed”.

So far, President Emmanuel Macron has said that restaurants should be able to open from January 20 if the health situation allows. No date has yet been set for the reopening of bars, but they are not expected to reopen until at least February.

The President made the announcement during a speech on November 24, during which he outlined a plan to ease lockdown measures. The first phase began on November 28, and the second phase will begin on December 15.

During a speech confirming the rules, Prime Minister Jean Castex justified the closure, saying: “Scientific studies show that these establishments, despite the very demanding protocols and the strong willingness of managers to apply them, remain and will remain places of high viral contamination.”

He said this is because as customers have to remove their masks to eat it is difficult to respect barrier gestures, people stay there “longer than elsewhere”, and that restaurants are enclosed spaces as terraces are closed during winter.

3 hours ago
3
Will Britons need a health pass to visit France from June 9?