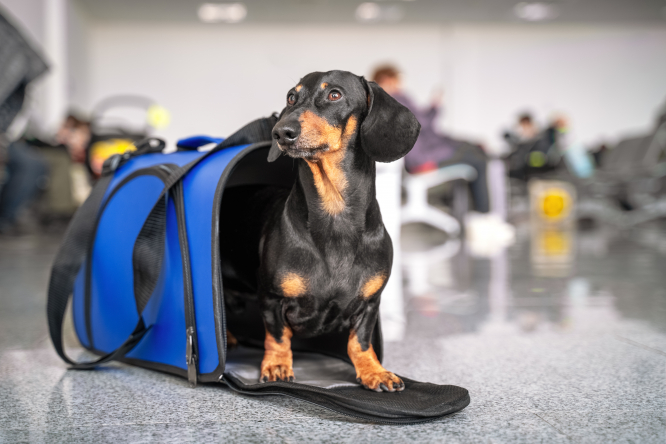 The dachshund was carried onto the plane in a large plastic bag Pic: Masarik / Shutterstock

A flight travelling from Paris to Edinburgh on Saturday (October 23) was delayed by nearly 40 minutes due to the presence of an undeclared dachshund in the cabin.

The Air France flight 1486 was scheduled to leave Paris-Charles de Gaulle at 15:20, but its departure was put back until 15:54 after the dog was discovered in a large plastic bag by the chief flight attendant.

Its owners, an American man and a Russian woman, had not fulfilled the requirements for bringing a dog on board a plane.

They were therefore made to disembark – the woman “in tears” according to Le Parisien – and their luggage was retrieved from the hold.

The staff on the ground were then left to explain how they could have allowed “a large, moving plastic bag,” to pass through the departure gate.

“We are not against dogs,” a member of the Air France team told Le Parisien. “Certain types of dogs can come on board: not bulldogs but dachshunds and chihuahuas, yes. The problem with this flight was that the UK does not accept animals entering [the country] without certain checks and a quarantine period.”

If the dachshund had not been found, Air France would have risked a fine of several thousand euros.

Since January 1, 2021, people travelling to the UK with a pet such as a dog or cat must make sure that the animal:

Dogs must be at least three months old and have received a worming treatment between 24 and 120 hours before travel.