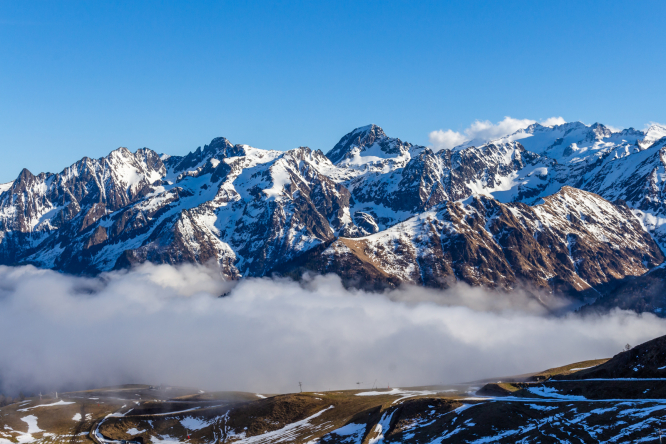 The new line is part of the government’s plan to revitalise rail travel in France, to which it has allocated €100million Pic: TMP - An Instant of Time / Shutterstock

News of a Paris to Pyrenees night train has given a welcome boost to the French ski and hospitality industry.

After the successful reopening of an Intercités night train from Paris to Nice in May, the SNCF is launching a night service to Tarbes, Hautes-Pyrénées, from December 10, in time for the start of the ski season.

It will come as welcome news to workers in the local tourist trade – and Parisians wanting a weekend on the slopes.

The new line is part of the government’s plan to revitalise rail travel in France, to which it has allocated €100million.

There will also be a new night train from Paris to Vienna via Munich from December 13 and plans are well advanced for a night train linking Paris and Berlin in 2023.

Michel Quidort, vice-president of rail travellers’ association Fnaut, said: “We welcome this development, and hope that the offer will be diversified to meet the requirements of the market, including students, families, groups, and people searching for luxury and privacy.”

The SNCF says the price of a reclining seat on the Paris- Tarbes night train will start at €19 and a couchette will cost from €29.

The first-class compartments will have private toilets and showers. It will be possible for women to book a couchette in a women-only compartment.

The good news comes on the heels of news that the overnight ski train from London to the French Alps will be starting again this winter, but will be limited to certain package holiday customers.

The service to Moûtiers, in the Trois Vallées ski area, and Bourg-Saint-Maurice, near Les Arcs, will be run by ski resort operator Compagnie Des Alpes and will be available only to people on trips bought from its subsidiary Travelski.

The Travelski Express will run from London St Pancras to the resorts in Savoie’s Tarentaise Valley in a partnership with Eurostar on weekends during the winter season.

It will leave on a Friday evening and arrive on the morning of the following day.

There was no ski train last season due to Covid, though Eurostar previously ran a service for the general public.

The future for night trains looks bright, however.

Mr Quidort said: “There are now 16 lines across Europe and we hope this is a sign of things to come. It was a great shame when night trains were abandoned.

“There are plans at EU level to investigate integrating railway lines across the territory in order to increase international rail travel, both by day and by night.

“However, there are still questions over the financing model, because to be successful, trains have to be as cheap and as convenient as planes.”

Where in France will snow tyres be mandatory under new November law?