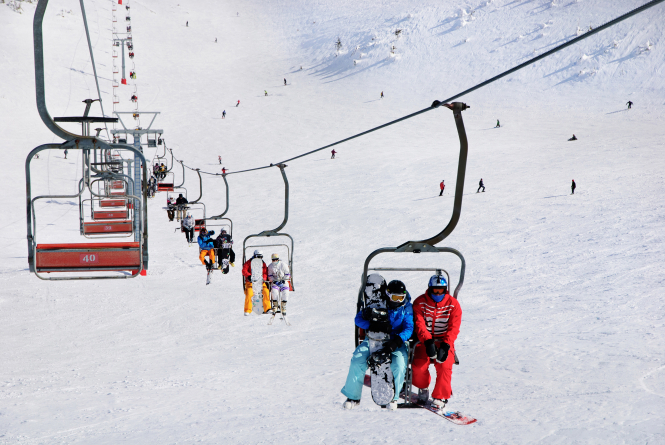 Health masks will also not need to be worn on ski lifts Pic: Mirelle / Shutterstock

Ski lifts in France will reopen this winter, and health passes will not be needed to access them if the health situation in France continues to improve, Tourism Minister Jean-Baptiste Lemoyne said yesterday (September 30).

With the French ski season set to begin in a matter of weeks, Mr Lemoyne was speaking at a meeting of ski industry representatives in Chambéry.

Last winter, ski lifts in France stayed closed throughout the winter season due to the Covid health crisis.

This cut 120,000 seasonal ski jobs in France, and heavily impacted departments such as Savoie and Haute-Savoie and its 112 ski stations.

Following yesterday’s meeting, representative for the Domaines Skiables de France, Laurent Reynaud, told France Bleu: “What we were hoping for the most was a commitment to reopening ski lifts this winter, for us and for all people who love skiing.”

He said that Mr Lemoyne “did not think masks were necessary” considering that “more than 80% of the eligible population are vaccinated and the incidence rate [the number of Covid cases per 100,000 people] is below 50 pretty much everywhere”.

Ministers will discuss plans for ski stations in case the health situation worsens over winter in a Conseil de ministres meeting on October 13, after which their propositions will be put to parliament in mid-November.

Mr Reynaud said: “We hope to give some simple rules that can be understood by everyone to allow us to anticipate changes in the rules if they happen in the next six months.”

If health passes did need to be used on the mountain, director of ski lifts at Val d’Isère, Olivier Simonin, told France Bleu: “We can’t ask customers to show their health pass five times a day.

“We would rather do checks on a random sample of people, which would allow us to keep the system moving and not be too restrictive for customers.”

What Covid rules will be in place for the 2021/22 ski season in France?

Some rules for ski stations are already in effect.

For example, masks must be worn in inside spaces and on transport, as in all other areas of France.

Public spaces, such as accommodation and restaurants, must be cleaned more frequently, and barrier gestures should be observed. Restaurants, lodgings, and other public spaces can also ask for your health pass when you enter.

Gyms and spas in hotels are expected to be open this winter.

People crossing national borders will need to show their health pass, for example to go to bars and restaurants in a neighbouring country.

Masks do not need to be worn on ski lifts or when queuing for a ski lift in France, as it was judged impractical for people to be taking masks on and off while wearing ski gloves.

However, some companies have started making specially designed health masks that can be worn while skiing to cover the nose and mouth. These are available for purchase online or at many ski stations.

When are ski stations set to open in France?

The first ski stations will begin to open in October. Not all areas will be open, but more spaces will become accessible as the season progresses.

The majority of resorts will open in December and into January 2022.

From December 18-19 onwards, all ski resorts should be open, depending on snow conditions.

What are the predictions for snow this year?

At this time of the year, it is difficult to predict how the snow will fall in November, December, and beyond; although some say that this year’s La Nina phenomenon could have an impact, and cause colder conditions.

The snow forecast and levels in France can be monitored through various dedicated sites, including this one from France Montagnes, which groups ski stations by location and date.

How important is the ski industry to France?

The importance of the ski industry was highlighted last year when Covid conditions continued to require stations to remain shut.