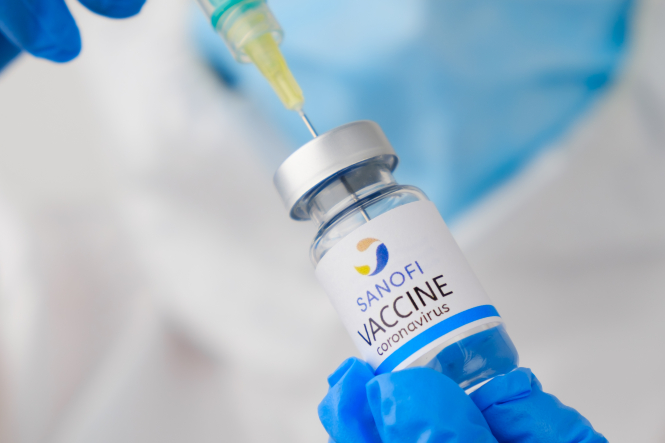 French laboratory Sanofi has stopped developing its mRNA Covid vaccine despite positive results in trials, on the grounds that the jab would arrive on the market too late.

The group announced today (September 28) that phase three of its trials for the mRNA vaccine would not take place.

Thomas Triomphe, vice president of vaccines at Sanofi, told AFP: “There is no need now to create new mRNA messenger vaccines against Covid.

“But, we need to equip France and Europe with an arsenal of RNA messenger vaccines for the next pandemic and for new pathologies.”

Trials for a Covid vaccine produced by Sanofi in partnership with British group GlaxoSmithKline are still going ahead, with results expected before the end of the year.

The term ‘mRNA’ means ‘messenger RNA’, the same technology as that used in the Pfizer and Moderna jabs.

Rather than injecting a small amount of a virus into the body to activate an immune response, mRNA messenger vaccines give human cells instructions for how to make virus proteins.

This trains the immune system to recognise and create antibodies against the real virus. This means that people who receive an mRNA messenger vaccine are not exposed to the original virus.

Initial trials for the mRNA Covid vaccine from Sanofi were promising. Two weeks after injection, 91-100% of participants had started to develop antibodies against the virus and no side effects were observed.

The French laboratory had been developing the vaccine since March 2020 with an American biotech company, Translate Bio, which Sanofi bought for €2.7billion ($3.2billion USD).

But it was criticised for being very slow to roll out and trial the product, and the president of the lab even encouraged people to get vaccinated as soon as possible, and not wait for the Sanofi jab.

Laboratory to focus on new treatments

Now, Sanofi said, it will work on developing vaccines for use against potential future pandemics, especially jabs that will produce no side effects and have low storage constraints, meaning - for example - that they do not have to be kept in special freezers.

This would make them easier to store and transport.

Sanofi has already started testing a vaccine against one strain of the winter flu, and plans to launch clinical trials for a vaccine that would counter four strains of the flu at the same time.

In June, the lab announced that it would invest €2billion into researching new RNA messenger vaccines by 2025.

General Director Paul Hudson said: “Our objective is to free the potential of RNA messenger [technology] in other strategic domains, such as immunology and oncology.”

This means mRNA treatments would be developed for cancers and “rare illnesses” alongside vaccines for viruses, Mr Hudson said.

Where are Covid cases lowest in France?

The assertion that a new Covid jab is not needed in France comes as case numbers drop considerably in some areas.

More than half of mainland departments have dropped below the threshold of 50 cases per 100,000 inhabitants (incidence rate), and 18 even have a rate below 25.

Nationwide, the incidence rate is 60.8. For comparison, at the height of the pandemic, the minimum alert threshold was 50, and the highest was 200, with some areas well over the top limit.

Some areas are still suffering (especially Bouches-du-Rhône, where the incidence rate is a still-high 162), but most are seeing major improvements.

The positivity level (also known as the R number - anything above 1 means the virus is spreading, below 1 means it is not) is also on the decrease.

In some departments, including Creuse, Cantal, Landes, Somme, Calvados and Haute-Saône, it has dropped to just 0.6.

The 18 departments in which Covid is spreading the least, where the incidence rate is at less than 25 and the R number is less than 1, are:

There are 14 departments on the right track, with an R number of less than 1, but an incidence rate of more than 25.

These include Dordogne and Loir-et-Cher.