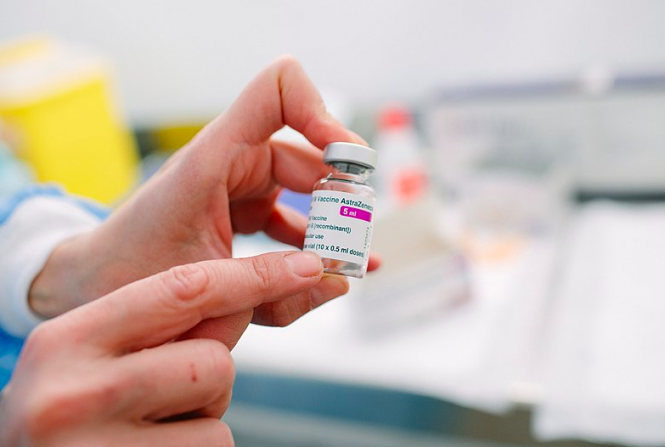 The AstraZeneca vaccine will continue to be used to vaccinate people aged 55 and over in France, the immunologist in charge of France’s vaccine strategy has said.

Professor Alain Fischer told FranceInfo this morning: "There are signs of a slight risk of blood clots, mostly in relatively young people, so under 50, and so there is no reason to not continue vaccinating people aged 55 or more."

He added: “For the moment there is no evidence of a precise risk factor which allows us to determine a group at risk [from the vaccine].

“Outside of the people who have had extremely rare complications, there are no identified people at risk.”

This comes as the European Medicines Agency (EMA) also said in a statement yesterday there was a link between the vaccine and very rare cases of unusual blood clots.

The World Health Organisation agreed the link was “plausible, but rare”.

An in-depth review carried out by the EMA’s safety committee looked at 86 reported cases of thrombosis, 18 of which were fatal. The cases came from the reporting systems of the EEA and the UK, where around 25 million people have received the vaccine.

Vaccination to continue for people aged 55+

People aged under 55 who have received a first dose of the AstraZeneca vaccine and who are now no longer eligible for a second dose of the same vaccine will receive an alternative.

In advance of official guidance from the Haute Autorité de Santé, Professor Fischer said people in this younger group would be offered an “effective” alternative, such as a second dose of another vaccine.

Risk factors not yet identified

The EMA said most of the reported cases have occurred “in women under 60 years of age within two weeks of vaccination”.

Emer Cooke, director of the EMA, said in a video meeting yesterday that one “plausible explanation” for the link is that the blood clots were caused by an immune response to the vaccine.

But the medicine regulator said the current evidence did not confirm any specific risk factors among people who had become ill after getting the vaccine.

Annick Guimezanes, immunologist and former researcher at Inserm told BFMTV that “the sample of people who have become ill with blood clots is still far too small” to reveal trends that could help identify risk factors.

Using the UK as an example, she said: “30 reported cases in the UK out of 18.1 million people vaccinated is far too small… their profiles are still too varied.”

She added that side effects, even serious ones, were a normal part of the process for new vaccines.

“After all the clinical trials we always enter into a fourth stage of monitoring, where the vaccine is tested in real life. The only difference is that, this time - due to the urgency of the situation - the whole planet is watching this phase.”

As the EMA has not been able to clearly identify at-risk groups, it has not given any specific guidelines for who should and should not be given the AstraZeneca vaccine.

As such, individual EU countries have been making their own guidelines. Following the statement from the EMA yesterday, Spain said it would stop using the vaccine on people under 60, which Italy, Holland and Germany are already doing.

Belgium announced yesterday it would only use the vaccine for people aged 55 and over, which is the same as current rules in France.

Denmark has suspended use of the vaccine completely.

She said: “It is essential that we have a coordinated approach and speak with one voice across the EU in order to improve public confidence [in the vaccine].”

Covid France: Can I pick vaccine type by choosing where I get it?