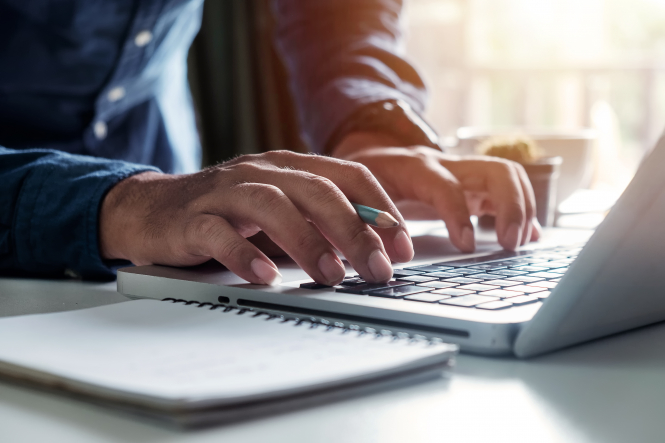 The government will invest €650million in the project over five years Pic: mrmohock / Shutterstock

All residents affiliated to France’s state healthcare system will have access to a new online health space from January 1, 2022, containing a calendar of medical appointments, prescriptions and test results.

It will act as a storage space allowing a person’s medical documents to be kept together as well as having a messaging function so patients and medical professionals can contact each other.

This is different to the previous (optional) Dossier Médical Partagé (DMP) digitised personal medical file in France, which is being phased out, as the DMP is primarily only used by medical workers and not the patient.

The hope with the change is that there will be better dialogue between patients and the doctors who are treating them.

People who do not wish to use the new online space will have one month to request its closure after being notified of the plan to create a space for them by letter or email. If you do not reply to request this it will be created.

Health Minister Olivier Véran said on October 18: “As you can imagine it will take time for everyone to get used to it and learn how to use it, but it will be a small, very positive revolution in health care.”

The tool has previously been trialled in the departments of Haute-Garonne, Somme and Loire-Atlantique.

The government plans to invest €650million in the project over five years and it will form part of the €7.5billion investment in health innovation announced in June.

However, the announcement comes following some high-profile medical data thefts in France this year.

Journalist Coralie Lemke told Franceinfo that putting medical data online makes it “more vulnerable. It becomes more accessible for healthcare workers, but also for multiple others who are interested in them.”

She said that, while individual data points are not especially valuable, aggregated data from thousands or even millions of individuals is highly sought after by cybercriminals.

“Their objective is to hack health establishments to steal health data and sell it on the dark web or use it to obtain a ransom,” she said.

At the start of the health crisis cyber attacks on hospitals in France soared  between February and March 2020, as cybercriminals realised hospitals were under increased pressure making them more vulnerable.

In 2020, 192 cyberattacks were carried out on hospitals in France, compared with 54 the year before.

It is also becoming less possible to withhold health data. An estimated two thirds of people in France have an online Doctolib account to help them make medical appointments, and cartes Vitales must be scanned in order for people to be reimbursed for medical treatments.

Ms Lemke said: “In order for our health data to be protected we need a system of complete and robust laws that specifies their collection and use… and these laws must be applied.”

However, she added that not all data collection was a negative. In many cases access to data is leading to huge leaps forwards in medical research and care.

This is the case for pharmaceutical laboratories “who need to pass through multiple stages in clinical trials to develop treatments. This takes time and money, but it is much quicker if it starts with data analysis.”

It is also the case for tech giants such as Amazon, Facebook, Apple and Google who use medical data for research purposes.

Ms Lemke said: “They offer their technical expertise to universities or research centres looking for algorithms to sort the data. One study found that artificial intelligence developed by Google could detect breast cancer more accurately than radiologists.”