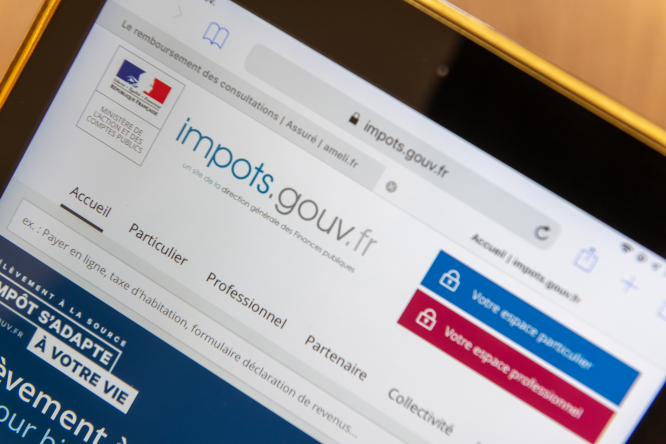 France should stop the ‘rush’ to digitise public services that are essential for daily life, a leading association has said.

The Secours Populaire (SP) is a non-profit organisation that advocates against social injustice, under-development, and inequalities.

In a message to the government, SP general secretary Henriette Steinberg told France 2: “You need to pay attention. You are not going to solve people’s problems using computers [alone].

“We need human connection, and our public powers have capacity to provide it, especially if they have the will to do so.”

At the beginning of September, Amélie de Montchalin at the Ministry for Public Transformation announced that 212 of the 250 public services considered ‘essential for daily life in France’ had been successfully digitised.

These include a wide range of public services; everything from declaring taxes, to voting from overseas, signing up for collège or lycée, or asking for authorisation to cut down trees.

The government is aiming to have all 250 services digitised by the end of President Emmanuel Macron’s five-year term in spring 2022.

One service that recently received a new update is the Agence Nationale des Titres Sécurisés (ANTS) which launched a new version of its website on Monday, October 11.

The new site is intended to make it easier and quicker for people to apply for driving licence swaps, as well as for French driving licences in general, vehicle cartes grises, and other documents.

However, Connexion readers who have tried to use the site have been left frustrated, complaining that the service is slow to the point of being inaccessible and not user friendly.

One said the new site was: “Rubbish. [It’s] taken three hours to get nowhere. [It] just goes around in circles and doesn’t load.”

Another said that password security meant it took them “10 minutes to log in”, and one simply said that “if purgatory had a website, ants.gouv.fr would be it”.

Just two readers said they were able to use the site successfully with one saying it was: “Brilliant! It only took 10 minutes to sell my car and get the code for the new owner.”

While online access is intended to make public services more accessible, the Ministry for Public Transformation said in September that only 15% of the online services were accessible for people with disabilities.

SP’s Ms Steinberg also spoke of the problems that small business owners faced during the health crisis, as they were not able to speak with the actual people who run the public services.

She said: “[People] who never ask anyone for anything – small shop owners, the self-employed, all small businesses – found themselves with nothing and no knowledge of what they could do in the situation.

“[They] couldn’t talk to anyone because all public services were closed.”

Other concerns about total digitisation include potential data leaks, such as those experienced by some users of the website of the family benefits service CAF earlier this week.

Over the weekend the site experienced repeated bugs that meant it had to be closed temporarily on Monday, October 11 and Tuesday, October 12.

And on Sunday, October 10, some site users found that when they logged in, they were given access to other users’ accounts, including personal information.

In a statement, the CAF apologised for the incident.

It said: “Data from 7,000 accounts was exposed for some hours. In order to prevent any cyberattacks any action taken during these hours has been cancelled.”

The service said that affected users would be contacted individually, and that the problem originated from updates to the website, rather than an external attack.

How do you find public service websites in France, such as the official tax site and carte de séjour application sites? Tell us your views and experiences, good and bad, by email here