Pets in France risk euthanasia due to confinement laws 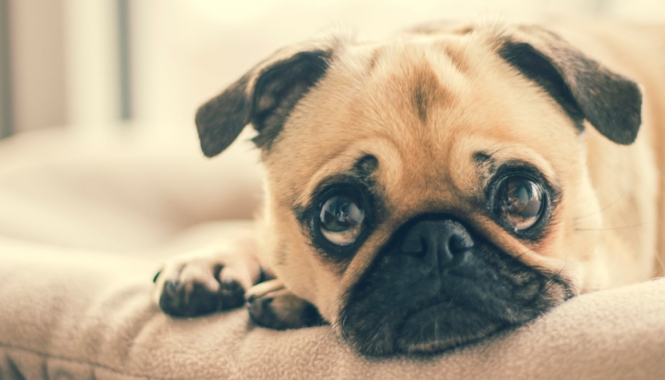 Jacques-Charles Fombonne, president of the charity, has said that its animal shelters are becoming overrun and will soon be too full to manage. The result: animals that are unable to be taken as adoptive pets will be euthanised before they even reach the shelters.

More than 3,500 animals are taken in by SPA animal shelters each month across France. Current confinement rules do not allow people to leave their house to visit or adopt a new pet, as the reason is not included on the attestation form.

Mr Fombonne has called for the confinement rules to be adapted, to allow the process.

In an interview with public news service FranceInfo on Monday April 6, he said: “We are in a difficult situation. It is as if a reservoir is being filled and not being emptied. With confinement, people can no longer leave their houses to come and adopt our animals. We are now reaching capacity.

“We only have 300-400 paces left. Very, very quickly, we will be full. When we can no longer welcome animals, the pounds will have to euthanise them because they will no longer be able to bring them to us [la SPA].”

The charity has sought to make its services as accessible and safe as possible during the confinement period, including offering pet adoption online. This would allow people to choose their pet and make a timed appointment beforehand, so they would be the only visitors at the shelter at that time.

The chosen pet would then be handed over without any physical contact between the SPA workers or the public. The rest of the details would be finalised after the confinement period is over.

Mr Fombonne said: “We have organised our 52 shelters with teams of separated workers, to avoid spreading the virus. We have what we need to feed the animals, and clean their pen. We just do not have a way to allow them to be adopted.

“I understand that people have other priorities right now, but even though we are offering solutions, the government is not listening to us.”

The charity has been requesting a change on the issue for two weeks, with the final decision requiring ministerial approval. Mr Fombonne is requesting that the confinement “attestation” form - the form required to be filled in each time you leave the house - be amended to allow animal adoptions.

Mr Fombonne said: “It is as if the State is abandoning these animals for a second time, after they have already been abandoned once.

“The easiest thing would be to add an option on the form; [or] add on to the option for taking care of animal needs, the possibility of going to adopt [a pet] from a shelter. We could simply consider that animal wellbeing is not just about walking your doggie. It’s also about going to adopt a dog or a cat.”

He added: “And, if we receive authorisation, I am ready to follow an extremely secure procedure. We could even limit adoptions to one day a week...which would allow the State to control that we are doing things properly, in a secure and safe way.

“But we really need government approval to authorise us to make these adoptions happen.”