Pharmacies in France prepare to give AstraZeneca vaccines 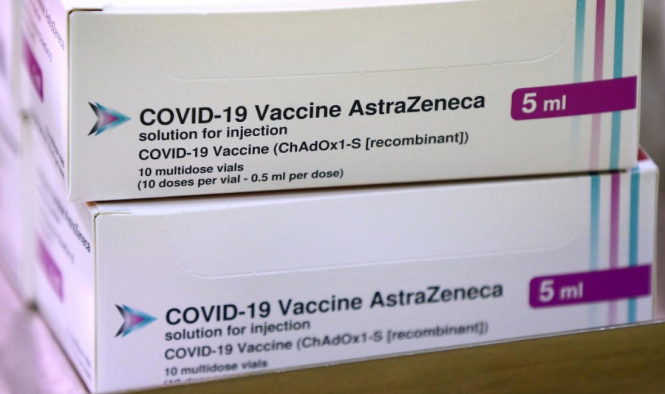 Pharmacies across France are set to administer the AstraZeneca Covid vaccine in a bid to speed up the vaccination campaign, as debates continue on its effectiveness against variants. We explain.

It will initially be available this way for people aged 50-64 with at least one underlying or at-risk condition, and to healthcare workers aged 65 and under.

Why the AstraZeneca vaccine?

The AstraZeneca vaccine will be used, in part because it can be stored in a normal refrigerator, unlike other vaccines that require exceptional deep-freeze -70C conditions.

But debates are still continuing over it.

The World Health Organisation (WHO) has approved the vaccine for use on all ages, and in all countries, regardless of variants present; despite a small study in South Africa suggesting it might not be as effective against the South African variant of the virus.

RNA, or messengerRNA, is the technology used in the Pfizer/BioNTech and Moderna vaccines, not the AstraZeneca one, which uses viral vector technology instead.

Professor Fischer said: “We do not yet have enough data on the effectiveness of the AstraZeneca vaccine [on the South African variant], only incomplete data from South Africa.”

Monique François, departmental secretary for health union FO-Santé in Moselle - which has seen a relative spike in cases of the South African and Brazilian variants - told news service BFMTV: “Looking at the situation in Moselle, it seems necessary to me that our healthcare workers should benefit from the Pfizer and Moderna vaccines, which are demonstrably effective against the variants.”

France had previously said that it would only use the AstraZeneca vaccine on people under 65.

Read more: AstraZeneca vaccine recommended for under 65s in France

When will the campaign start?

The first deliveries of 700,000 AstraZeneca vaccines are expected around February 19. They will then be distributed among participating pharmacies, and will be administered from March once stocks are deemed high enough.

Laurent Bendavid, president of wholesaler Alliance Healthcare, which delivers twice-daily supplies to 21,000 pharmacies across France, told newspaper Le Figaro: “Thanks to our national supply chain, our network will be able to accelerate and spread distribution.”

The AstraZeneca vaccine is delivered in boxes of ten bottles, which each contain 10 doses - with some room for waste. To facilitate an even distribution of the vaccine across pharmacies, the government has authorised distributors to split these deliveries even further, so that more pharmacies will have access.

The vaccines must be “split” into separate deliveries within five minutes. This time limit has been set by medicines agency l'Agence national de sécurité du médicament, to avoid the vaccines being out of the fridge for too long.

Distributors will also be tasked with adding adequate syringes, needles, and instruction leaflets for use from health authority Santé publique France.

Wholesalers including OCP, Alliance Healthcare and Phoenix are currently training staff to do this.

Yet, distributors are already used to handling sensitive products such as prescription drugs. Other medicines, such as insulin for diabetes, also require refrigeration - meaning the sites are mainly already set up to handle these conditions.

Hubert Olivier, president of wholesaler union  la Chambre Syndicale de la Répartition Pharmaceutique (CSRP) said: “This operation will be done in our cold chambers or near our refrigerated cabinets, depending on the establishment.

“The bottles will be placed vertically in cases fitted with foam to prevent them from bumping into each other, and to protect them from the light. They will then be placed in insulated boxes for delivery to pharmacists.”

Alexis Berreby, head of 300-strong pharmacy group Leadersanté, said: “We often have two to three fridges in our offices for vaccines, or diabetes products, with at least one refrigerator in reserve for safety. I am not worried about our stock capacity as long as we are not overwhelmed by quantity.”

He said: “Pharmacies know how to adapt. This is a public health mission that is helping to restore the image of our profession.”