Picasso painting on display near fruit and veg in French supermarket 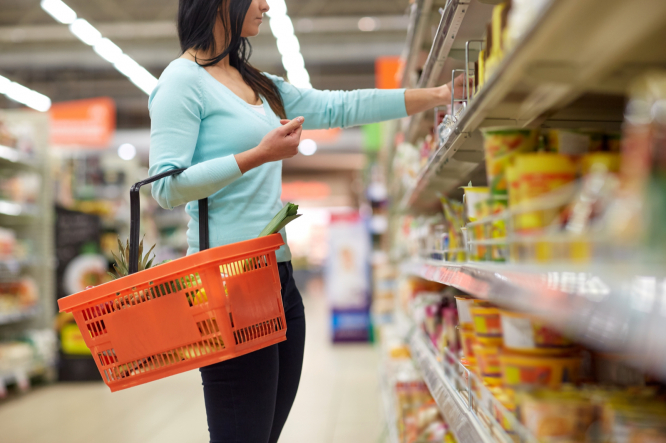 The president of the Pompidou Centre said he was 'delighted' the artwork was being displayed in an Auchan supermarket in Essone Pic: Syda Productions / Shutterstock

A supermarket in Ile-de-France is displaying an artwork by Pablo Picasso near its fruit and vegetables.

The painting L’Atelier, painted in 1955, is on loan from The Pompidou Centre.

It was painted by the Spanish artist in memory of his friend and fellow artist Henri Matisse, and depicts the artist’s studio at the time in a villa in Cannes.

In the Auchan supermarket near Montgeron, Essonne, it has been installed on a temporary wall and is being discreetly guarded by police, firemen and security guards while on display.

Aisles have also been moved to create enough space for shoppers to get a good look at the valuable artwork while in the supermarket.

Shopper Aline Vidal, 66, enjoyed seeing the painting with her two granddaughters aged five and six. She told Capital: “It’s really easy to bring the children here, but it’s often difficult to take them into Paris.”

The Pompidou Centre’s main collection is housed in the 4th arrondissement, in the centre of the French capital.

Serge Lasvignes, president of the Pompidou Centre said: “I’m delighted that this work will be shown among pumpkins, watermelons and beers – among reality and where people live their lives.”

He said the work did not belong to the Pompidou “but to France because the collection is national, and we will share it with people in France wherever they are."

The unusual installation is a precursor to the opening of the Centre Pompidou Francilien (Pompidou Centre Ile-de-France) in 2025.

The new 25,000m2 centre in Massy, Essonne, will house all 120,000 of the collection’s reserve artworks, which are currently being stored in north Paris.

The total budget for the building centre is €64million, funded largely by regional, departmental and communal collectives.

The Pompidou Centre in central Paris will close at the end of 2023 for three years for renovation works. Mr Lasvignes said this period would provide an opportunity to use the new space in Massy as much as possible.

France reopens: Ideas for what to see and do in summer 2021

18 hours ago
2
Can an unvaccinated Briton travel via another EU country into France?