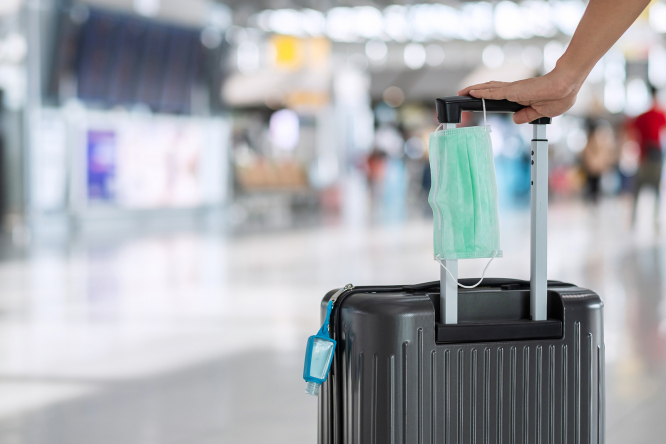 [Update: September 28 at 16:00: All four UK nations will now be merging their green and amber lists on October 4, and fully vaccinated people will not need to take a pre-departure test before leaving France. Scotland has also announced that it will "align with the UK post-arrival testing regime" but details have yet to be finalised.]

The UK government is set to simplify its Covid travel entrance rules for fully vaccinated travellers on October 4.

It will mean the end of the amber travel list, with countries either on a red list or given no classification.

Here are four Covid rule changes coming in for travellers from France to the UK.

This applies to people who have been vaccinated with AstraZeneca, Pfizer-BioNTech, Moderna and/or Janssen (Johnson & Johnson), under a vaccination programme in the UK, Europe, the US or the UK Overseas Territories.

Previously, the UK government stated that a person must have two doses of the same vaccine type in order to be recognised as fully vaccinated. This rule applied only to England, and was not included in the rules of Northern Ireland, Scotland or Wales.

From October 4, this rule will also apply to people vaccinated in several more countries including Australia, Israel and New Zealand.

You can see a full list here or in the section below.

From October 4, the UK will recognise people vaccinated under two different vaccination programmes as fully vaccinated.

This could be, for example, someone vaccinated with one dose in France and one dose in the US.

This rule will apply to all anyone vaccinated under the vaccination programmes in the UK, Europe, the US, the UK Overseas Territories, Australia, Antigua and Barbuda, Barbados, Bahrain, Brunei, Canada, Dominica, Israel, Japan, Kuwait, Malaysia, New Zealand, Qatar, Saudi Arabia, Singapore, South Korea, Taiwan or the United Arab Emirates (UAE).

End of pre-departure tests for arrivals to England

They will be able to travel using only proof of their vaccination status, under a recognised vaccination programme.

Anyone fully vaccinated in the US will also need to prove their US residency.

Northern Ireland, Scotland and Wales have yet to follow the UK government on this rule, and are still requiring a pre-departure test for entrance.

PCR to be downgraded to rapid antigen

The UK government is also planning to make it possible for travellers England to take a rapid antigen test on day two of arrival, instead of a PCR test.

These tests are cheaper, sometimes as much as half the price of PCR tests.

This change is expected to come into effect from late October, but an exact date has not yet been confirmed. This rule will apply to England, with the other UK devolved governments yet to declare if they will follow suit.

France-US travel: What is known about the plan for November reopening?