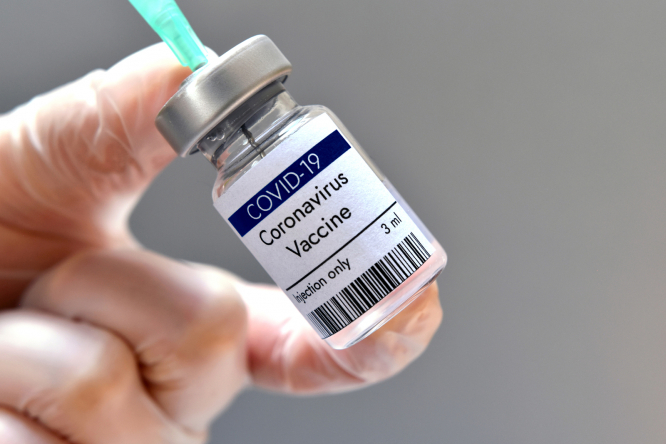 The UK government says it now recognises people who have received two different Covid vaccine types as fully vaccinated in an update made yesterday (September 22).

This applies to people who have been vaccinated with AstraZeneca, Pfizer-BioNTech, Moderna and/or Janssen (Johnson & Johnson), under a vaccination programme in the UK, Europe, the US or the UK Overseas Territories.

Previously, the UK government stated that a person must have two doses of the same vaccine type in order to be recognised as fully vaccinated. This rule applied only to England, and was not included in the rules of Northern Ireland, Scotland or Wales.

This created difficulties with travelling to the UK, with people not considered fully vaccinated having to quarantine for 10 days on arrival in the country.

Several Connexion readers highlighted the issue, saying that because of this rule they were unable to travel to the UK from France to visit family. It has been possible since the beginning of September for over 65s in France to receive a third booster vaccine dose, which would be one solution to the problem

This option is not available to the rest of the population unless they have serious health issues.

Read more: Why must mixed-vaccine travellers quarantine in England?

France has long considered a person fully vaccinated if they have had two doses of different vaccine types, and it is not an unusual situation in France.

This is especially the case as the AstraZeneca Covid vaccine was initially offered to everyone before being limited to only those aged over 55.

It meant that some people in France got a first dose of AstraZeneca and a second dose of another vaccine, most commonly Pfizer-BioNTech.

The Connexion first sought clarification over this with the UK government on August 24, but was given no explanation for the rule and offered no solutions to help mixed-vaccine people.

This is despite highlighting a Public Health England report on the UK’s Covid-19 vaccination programme, published August 6, 2021, which states that “evidence from trials suggest that those who receive mixed [Covid vaccine] schedules, including mRNA and adenovirus vectored vaccines, make a good immune response”.

A spokesperson for the UK Department for Transport told The Connexion today (September 23) that he would seek clarification over why the rule on mixed vaccines was previously in place, and why it has now been updated.

In addition to the update on mixed vaccines, the UK government is planning to recognise people vaccinated in several other countries around the world, from October 4. This includes Australia, Israel, Malaysia, New Zealand and Singapore.

From the same date, the UK will also consider people to be fully vaccinated if they have received two Covid doses under two different vaccination programmes. For example, one dose in the EU and one in the US.

8 hours ago
3
Visitor visa for France: How do we prove we own our second home?