Call to save dying swallows in southwest France 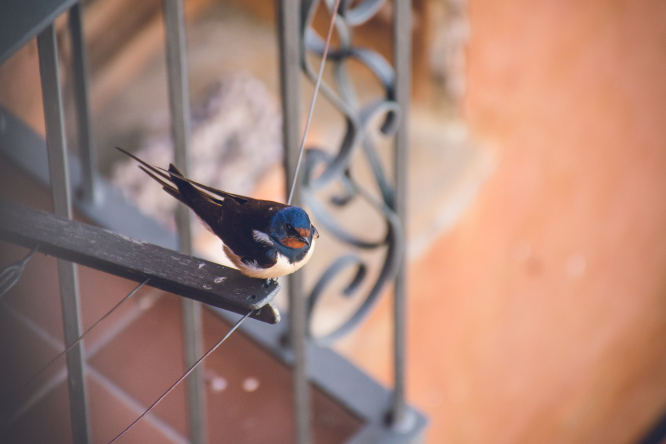 French bird protection association La Ligue de Protection des Oiseaux (LPO) in the Lot in southwest France has launched a campaign to save swallows, after hundreds have been found dead due to bad weather.

Residents in the Lot, in the Midi-Pyrénées, Occitanie, have reported that many swallows have been suffering in the cold and wet weather conditions, and have been dying from exhaustion after becoming drenched and freezing.

Stéphanie Plaga Lemanski, director at LPO Lot, told local newspaper La Dépêche: “One school in the department counted almost 50 dead swallows in its playground, and the commune of Corn found around 20 dead. It’s a massacre; a desolate spectacle of corpses.”

She explained that the deaths have likely been caused by the unpredictable weather conditions, with a “brutal cold” hitting the region, as well as sudden high levels of rainfall.

Ms Plaga Lemanski said: “As it was rather mild for the first three weeks of September, the swallows were not encouraged to migrate. Then, one day from the next, it started raining, temperatures fell by 15C, insects were rare so [the birds] struggled to find enough to eat, they get cold and lose energy which stops them flying.”

The birds are then susceptible to hypothermia and starvation.

They usually migrate to Africa in September, but sometimes leave it until October in warmer years. They arrive back in Europe in around April, and breed in June. A healthy swallow can live for up to 16 years.

Another bird specialist noticed that the swallows were gathering unusually in the Lac de Bannac, between the Lot and Aveyron, and were being “blocked from their [normal] migration by continuous rain”.

Now, residents in the area are being encouraged to help the swallows by capturing them - temporarily - and bringing them inside to warm up.

Ms Plaga Lemanski said: “When you see one...capture it, but watch out - they are fragile birds, and you must handle them very carefully, by using both hands and holding the wings, as if you were picking up a little kitten.”

The LPO then advises:

Ms Plaga Lemanski added: “Do not hesitate to contact the LPO for advice or if the birds look as though they need help from a care centre.”

The LPO in the Lot can be contacted at lot@lpo.fr or on 05 65 22 28 12. You can call them to report species of weak or dead swallows, giving the time and location.