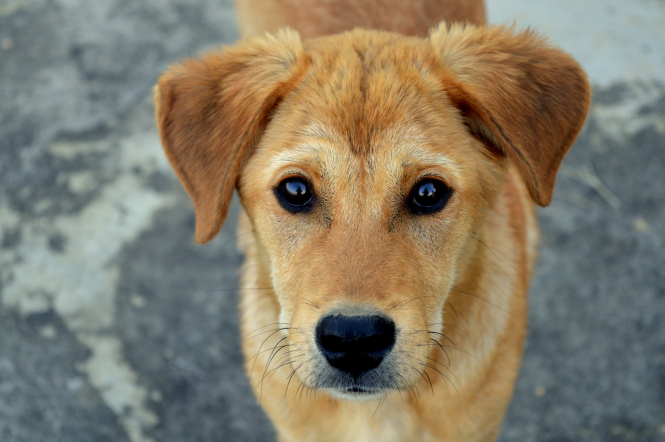 What is more nobody will be obliged to adopt an animal if the final ‘real life’ meeting with their would-be pet does not go well.

The reassurance came as several Connexion readers expressed concern over the news that France was changing its rules to allow people from Thursday this week to adopt pets from local refuges during the lockdown period as long as the refuge follows rules including allowing the animal to be chosen via a website and issuing the would be adopter with a special attestation form.

In the case of SPA refuges a system is now ready whereby people will choose from animals on the charity’s website flagged with the term solidaire.

However one readers wrote on Connexion's Facebook: “We would never adopt an animal without seeing and interacting with it first. I fear it will end with more animals abandoned due to unsuitable matches.”

Another said: “This is dangerous – there will be pressure on people, especially from kids, to get a pet to help deal with the monotony of confinement. When it’s all over… the reality of leaving a dog at home alone will surface.”

And a third said it was vital that refuges meet families and do homechecks to ensure the family is well matched to the animal. “Under this new rule a lot will end up back in the shelters, sadly,” she said.

An SPA spokeswoman told Connexion a thorough telephone interview will help weed out anyone unsuitable.

“It is important that people adopt responsibly and there will be a preliminary phone interview with the would-be adopter, to check that their motivation is serious and that the animal they have selected on the website really corresponds to what they are expecting and their lifestyle.

“It’s true it’s not face-to-face in the refuge because we are in the middle of a health crisis and must respect the rules of ‘barrier measures’ and so on [hand-washing, limiting physical contact…].

“It is precisely because the rules are followed seriously and there is no physical meeting, that our system has been approved.

“The interview will not be over in a few seconds, and it will really try to understand why the person wants to adopt and to understand the conditions in which the animal would live, and to check that the person has really thought things through.

The spokeswoman added that even in normal circumstances there is no systematic home visit by SPA staff. “It depends, it’s not for every animal, and not the general rule.”

What is more if the final meeting does not go well, the person will have no obligation to adopt, she said.

“In that case, if they don’t have a good feeling about it, the person just leaves the animal in the relaxation park where they have their meeting with the dog, for example.

“In the case of a cat, there is less interaction because it’s in a carrying case, but they are still not obliged to leave with the animal.

“In that case the animal stays with us, and we’ll look for the right owner. We don’t want them to be adopted at all costs if it’s just for them to be abandoned later on.”

The SPA spokeswoman added: “The professional teams in charge of the interview are more than used to asking the right questions; they are used to checking thoroughly all year round.

“We’re well aware there could be some people who decide frivolously to adopt because they are bored of the confinement, so we’ll be trying to ask clever questions to avoid such situations.”

The spokeswoman added that the risk if adoptions had not been able to continue was that the refuges will be full, so local animal pounds would euthanise animals instead of sending them to refuges, however she said SPA refuges themselves do not as a general rule put any animals down.

Note that when a person goes out to collect an an animal they must have a special attestation from the refuge giving the time and date of the appointment, which the spokeswoman said should be in a format that has been validated by the government, as well as an ordinary attestation de sortie, crossed with motif familial imperieux (‘vital family reason’).

Once the process is permitted from Thursday, the spokeswoman said they intend to telephone would-be adopters very quickly and move things along as soon as possible.

Permission to operate such systems is not limited to the SPA, but other refuges wanting to continue to arrange adoptions during the confinement period will also have to follow the same rules of choice online, issuing a special form etc.