Search for British hiker missing in Pyrenees called off 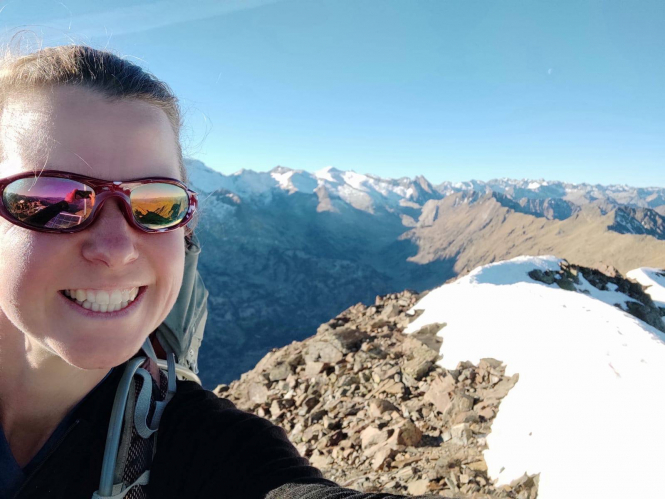 French rescue teams have ended their search for British hiker Esther Dingley, 37, who set out on a solo, four-day trip in the Pyrenees on the French-Spanish border on Sunday, November 22, but has not been seen since.

Pierre Gaillard, the deputy commander of the high-mountain gendarmerie platoon of Bagnères de Luchon, told The Connexion that a judicial inquiry has now been opened in France to determine the cause of her disappearance.

French authorities are not ruling out the possibility that her disappearance is unrelated to a mountain accident.

“The goal is to determine if she has been lost on the mountain or somewhere else,” Mr Gaillard said.

Dan Colegate, Ms Dingley’s partner, wrote on Facebook that she is now listed as a national missing persons case in Spain, saying, "this means they will be looking at other options beyond a mountain accident."

"Taking into account Esther's high level of experience, the nature of the terrain, the good weather she would have had, the fact she had a clearly defined route for Sunday evening and Monday, and various other factors, both search coordinators have essentially told me that although they can never be 100% sure, the prevailing opinion in the search teams is that she isn't there," he wrote.

"If she had fallen from one of the paths, they really would have expected to find her given the intensity, the closeness of the search and the fact most of the trails are really quite straightforward across open ground," he added.

Mr Gaillard said the mountain search was called off yesterday afternoon (December 1) due to poor weather.

“The weather is bad and there is snow. If we return to the area there will be no value. We won’t see anything,” he said.

He said he believes Spanish authorities will have stopped the mountain search too.

Ms Dingley is a long-time traveller and regular solo hiker, and has spent the past six years living and travelling in a van with Mr Colegate.

She set off on a solo trek in the Spanish Pyrenees on Sunday November 22, and had been due to cross into France, and return home on Wednesday November 25, but has not been seen since leaving.

The last time she spoke to her partner was via the messaging app WhatsApp on Sunday 22, when she sent a photo of herself at the top of the Pic de Sauvegarde on the French-Spanish border, at around 16:00.

Rescue teams have used helicopters, dogs and drones during the search.

Mr Colegate wrote on Facebook last night that he had great respect for the work they have done.

“I'm very grateful for the effort [the rescue teams have] put in on both sides of the border and for the way both teams have kept me honestly informed of their progress and expectations.”

He said that the fact authorities are looking into possibilities that Ms Dingley’s disappearance is not linked to a mountain accident is “a terrifying development in many ways” but that he was “trying to focus on the fact that it leaves the door open that Esther might still come home”.

“She was so utterly happy and joyful when we last spoke, I’d do anything to see her face and hold her right now,” he wrote.