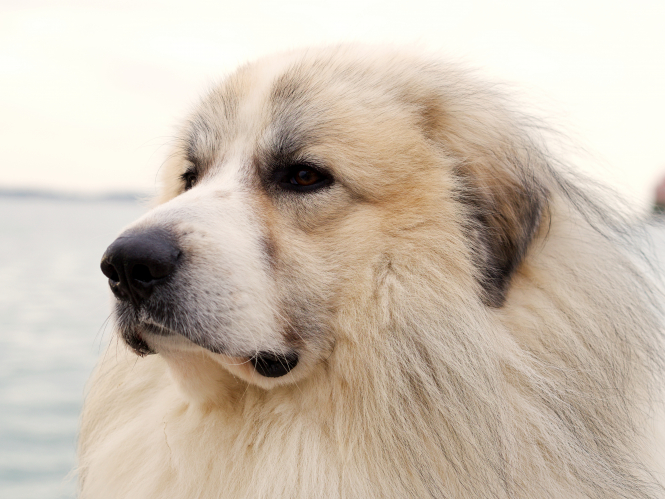 A walker in France was attacked this weekend by three Pyrenean Mountain Dogs in the French Alps, prompting the local sheep federation to apologise, and questions to be asked over whether hiking routes should pass so close to livestock areas.

Frédéric Bertrand, a 57-year old seasoned walker, had not noticed any livestock on the GR93 hiking route before being attacked.

Patou, or Chien de Montagne des Pyrénées, as they are known in France, are commonly used as livestock guardian dogs.

Mr Bertrand said he was approached by three of the dogs while walking in the Vercors and bitten on the arm and thigh.

“I thought I was going to die," he told France Bleu after the attack.

The man was helped by other walkers, as well as one of the local shepherds, before being taken to A&E at Valence hospital.

Mr Bertrand said that he now believes the hiking trails pass too close to the herds, and with some 600 livestock guardian dogs in the department, walkers should certainly consider the risks if there are any animals around.

Pyrenean Mountain Dogs are a large and powerful breed weighing around 55 to 75kg. Their long weatherproof double coats are usually white, but they often have patches of brown, black or grey as well.

Shepherds have had all the more reason to use dogs to protect their flocks in recent years, since wolves were reintroduced to the area.

Frédéric Gontard, a sheep farmer and president of the departmental sheep federation in the Drôme apologised for the accident on behalf of the profession.

But he said that the guard dogs were only needed because of the wolves.

If you do come across these dogs while walking, these tips can help diffuse the situation

In farming areas where wolves are known to be present, it is likely that these dogs will be as well. Check before you set off and if you see signs up, take them seriously. Let the dogs know you are there, but do not shout.

Walk slowly and carefully, staying well away from any livestock, so as to give all the animals as much room as possible. Be prepared to tweak your original route if need be.

Dogs are trained to deter rather than attack, so will bark and growl if they spot an intruder. They will often approach hikers looking aggressive and want to sniff you. Try not to be afraid.

Lower your head and avoid looking the dogs in the eyes. Far from diffusing any situation, using walking sticks for defence or throwing stones will only make things worse.

Running away could cause the dogs to mistake walkers for prey. They can outrun any hiker too. Cyclists should dismount and if walking your own dog, make sure you keep it on the lead.