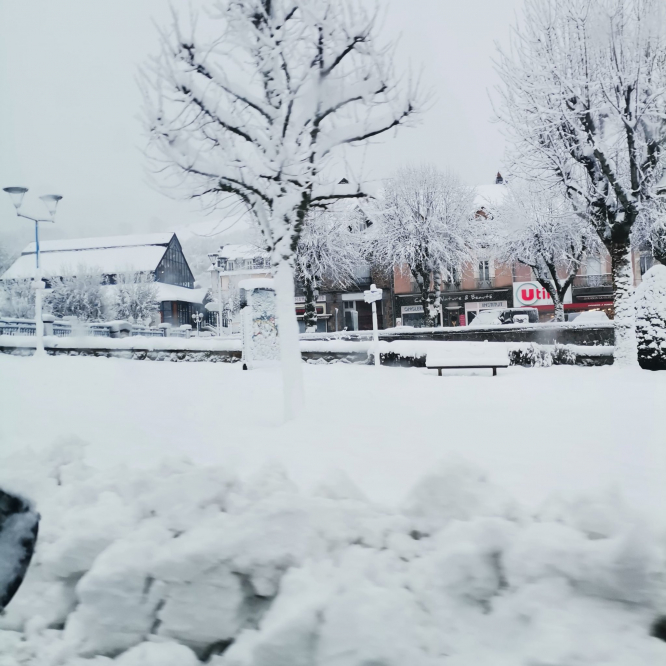 Storm Bella continues to cause havoc in France, with nine departments currently on the second-highest orange weather alert as it sweeps across the country.

The Var is the latest department to be added to forecaster Meteo-France's heightened alert levels, joining the Landes, Pyrénées-Atlantiques and Gers on orange warning for flooding; while residents in Aveyron, Cantal, Corrèze, Lozère and Puy-de-Dôme were already on alert for dangerous snow and icy conditions that first arrived on higher ground late on Sunday afternoon.

The west of the Massif Central could see up to 70cm of snow above 800m by the end of Monday, while forecasters warn that stormy conditions could see snowdrifts forming. In fact, snow is forecast from the Vosges to the Alps and the Pyrénées, even at lower altitudes.

In the northwest of France, which was battered by storm-force winds on Sunday, rain showers may turn to snow in the morning before clear skies begin to return to Brittany and Pays de la Loire.

In the southwest, rain will be constant all day.

Near the Mediterranean, the weather will be calmer during the day, though Corsica could see heavy rain. The likelihood of showers will increase in the extreme southeast later in the day, falling as snow above 800m in the southern Alps.

Some 18,000 households in northern France were without power on Monday morning after Storm Bella passed the previous day, while firefighters in Paris responded to 170 storm-related calls.