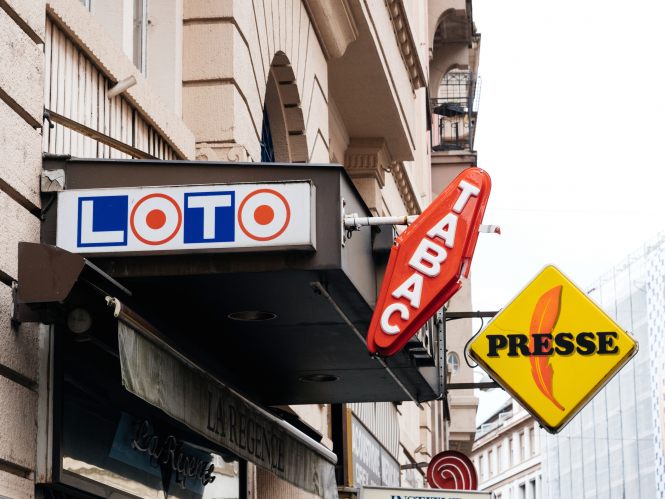 Cashpoints are now set to be available in tabac shops in France, in the latest move to diversify their services as sales of tobacco continue to drop.

Around 20 ATMs will be set up in tabacs “from this November”, confirmed tabac group la Confédération des buralistes, and Loomis, a branch of the security group Securitas, which specialises in moving funds.

The service will also be offered to the 24,000 tabac shop owners in France.

Philippe Coy, president of la Confédération des buralistes, told Le Figaro: “Getting out cash is an indispensable service, which can be easily taken on board by the network.”

He said that tabac shops have a “local usefulness” and are “highly available”, given that they are open “on average 12 hours a day, six days a week”.

Tabacs: Much more than tobacco

Tabac shops (full name bureaux de tabac) in France primarily used to sell tobacco, as their name (meaning ‘tobacco’) suggests. But many have long since diversified as sales of tobacco and cigarettes decline and prices of cigarette packs soar.

With sales of €40billion per year in the sector, just €21.8billion now comes from tobacco products.

Some tabacs have diversified even further, and offer services such as tax and bill payments, help with admin and printing, school and creche payments, parcel collection and sending, La Poste products, and selling SNCF train tickets.

Often described as ‘bank services without a bank’, Nickel accounts can be opened quickly at participating tabacs.

Nickel was launched in 2014 in partnership with a handful of tabacs, but has since grown rapidly, with 70,000 customers and counting. In 2017, it was bought by banking giant BNP Paribas, and is now expanding across Europe.

The sale of tobacco remains a state monopoly in France, first created by Louis XIV in 1674.

In the 19th century licences to run bureaux de tabac were only awarded to ex-servicemen discharged with clean records, or servicemen’s widows or orphans.

This system was ended in 1906 but it is still common to find bureaux de tabac run by ex-military personnel.

Pay fines, taxes and bills at over 5,000 tabacs
Tabacs can now help with your admin in France
Make sense of the Trésor Public - and why part of its work is now being done by bars-tabacs
Why the tabac sign is carrot-shaped