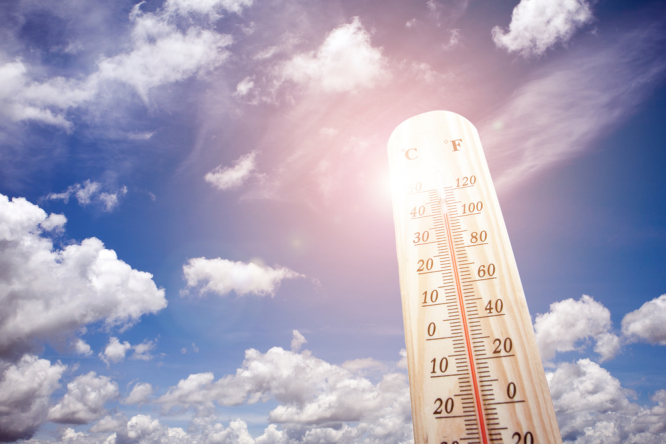 Intense heat thresholds are set to be reached in regions in France this week, Météo France has said Pic: Todja / Shutterstock

Temperatures are set to soar to as high as 40C in France this week due to a ‘dome of heat’ from north Africa that is also spreading across Spain and Italy.

The ‘anticyclone’ weather will cause a noticeable contrast between temperatures in the north and the south of the country - and Europe as a whole, with the mercury rising especially sharply in the south.

Intense heat thresholds are set to be reached in regions including the Rhône, Languedoc-Roussillon and in Corsica. It will be at least 30C in Ajaccio, Lyon, Montélimar, Gap, Montpellier and Toulouse.

It will be at least 28C in Chalon-sur-Saône, Bourges, and Bordeaux.

Météo France Sud-Est has even said the temperature could “reach 40C in some local areas”.

Everywhere else in France, it will also be very hot, from the southeast to the centre-east. It is expected to reach 30C for at least one to three days in the Loire and Ile-de-France, and further north temperatures are forecast for 25-29C.

Even in the north, temperatures will be above 20C, including 21C in Alençon and Lille, 22C in Rennes and Reims, and 24C in Belfort and Chaumont.

Temperatures will rise yet higher on Wednesday, August 11 and into Thursday 12, with up to 32C in the southeast.

Clouds may appear in Brittany, Normandy, Hauts-de-France, Ile-de-France, and in the east on Tuesday. Temperatures in Rouen, Amiens, Lille, Reims, and Metz will hover between 22-24C today and tomorrow, before rising to 28-30C by Friday.

The heat is expected to last until and including Sunday, August 15, when thunderstorms may arrive in the southeast.

Depending on the recorded temperatures, a ‘canicule’ heatwave may be announced. This is an official term that is determined when temperatures have been significantly above average for the given region for three consecutive days and nights.

The good weather is likely to come as a welcome break for some however, after particularly cool weather in many regions of France so far this July and at the start of August.

No sunshine in France this August (so far) - when will it change?