‘This is only the start’: EU ratifies Brexit future relationship deal 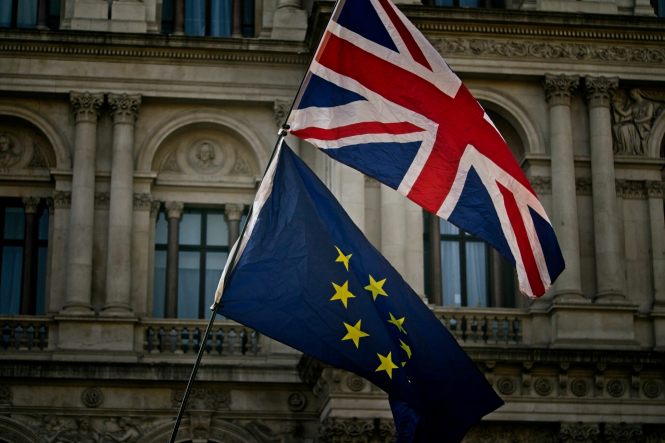 The EU-UK Trade and Cooperation Agreement was overwhelmingly approved by MEPs but most expressed their regret at the UK’s departure from the EU. Pic:

The European Parliament has voted to ratify the EU-UK Trade and Cooperation Agreement (TCA), with 660 out of 697 MEPs voting in favour of the deal, but a Brexit expert has said it is only the beginning.

The agreement has been applied provisionally since January 1 after agreement between UK and EU negotiators on December 24, awaiting this final step of ratification by the MEPs.

This ratification secures elements such as trade and security cooperation rules between the UK and the EU, as well as continuation for travellers’ and newcomer expatriate pensioners’ healthcare arrangements, and uprating of the latter’s UK state pensions

The vote does not affect the Withdrawal Agreement, the previous UK-EU deal which covers, among other points, the future rights of Britons who were already living in EU countries before the end of the Brexit transition period.

Elvire Fabry, a Brexit expert and a senior research fellow at the European thinktank the Jacques Delors Institute, has said that the ratification is critical.

“This is an important step, but it is only the beginning of the negotiations between the EU and the UK,” she said in an interview with Franceinfo.

She said one matter that will cause continued tension is the UK's decision to unilaterally extend the grace period on trade controls between Northern Ireland and the rest of the UK.

“Let’s not forget that the trade agreement keeps Northern Ireland in the single market, so all UK exports to the territory will be subject to controls,” she said.

“This decision by London to extend [the grace period] has been the subject of two EU procedures. This is worrying, because the issue of the Irish border and respect for the peace agreements is certainly one of the most sensitive issues in this agreement.

“This episode has only further eroded European confidence in the way the British will implement the agreement,” she said.

Another problematic topic is fishing.

Under the agreement, EU boats have the right to a licence to fish in UK waters.

But so far, only 22 out of around 120 boats from Boulogne-sur-Mer, a major fishing port in the north of France, have attained a licence, Euronews reported.

France’s European Affairs minister Clement Beaune has said that while the agreement is a good deal, it will only work if the UK upholds it.

“If the UK does not implement it, we will respond with retaliatory measures. This is not a blank cheque. A good agreement is only as good as its implementation,” he told BFM Business.

Ms Fabry said that the bad will that has been in evidence between the UK and the EU since the turn of this year is in part caused by UK Prime Minister Boris Johnson.

“I think there is a clear interest on the part of Boris Johnson in trying to minimise the negative impact of Brexit and blame it on the Europeans.

“It's a way of maintaining a rhetoric that is to his advantage, when he has been very much criticised for the handling of the [Covid-19] pandemic and its economic cost.”

She said that despite this, the UK remained an important partner.

“Europeans are preparing to be patient with Boris Johnson's government.”

What did Europe say about the deal?

The EU-UK Trade and Cooperation Agreement was overwhelmingly approved by MEPs but most expressed their regret at the UK’s departure from the EU.

“Brexit represents the great lie of the British right,” said Iratxe García Pérez, president of the Socialists and Democrats Group in the European Parliament.

Michel Barnier, the EU’s chief Brexit negotiator, said that the UK’s departure from the bloc was “a failure of the European Union and we have to learn lessons from it.”

Terry Reintke, an MEP for the Greens, said, “Brexit is not a project of freedom, but a project of creating barriers and bureaucracy.

“This deal cannot change that.

“But it can be a basis for building a closer relationship again in the future. To rebuild what has been destroyed by Brexit.”

This deal cannot change that.

But it can be a basis for building a closer relationship again in the future. To rebuild what has been destroyed by Brexit.

That is why I will vote in favour. pic.twitter.com/bIB78Qcjhe

“It represents the unity, responsibility and solidarity within the EU to protect the interests of our citizens and our Union.”

She also warned that the agreement comes with “real teeth” and with a “binding dispute settlement mechanism and the possibility for unilateral remedial measures where necessary”.

“Let me be clear: We do not want to have to use these tools. But we will not hesitate to use them if necessary. They are essential to ensure full compliance with the TCA and the Withdrawal Agreement, which were both negotiated in such fine detail and agreed by both sides,” she said.

She finished with a quote from British poet William Wordsworth.

You can read her full speech here.