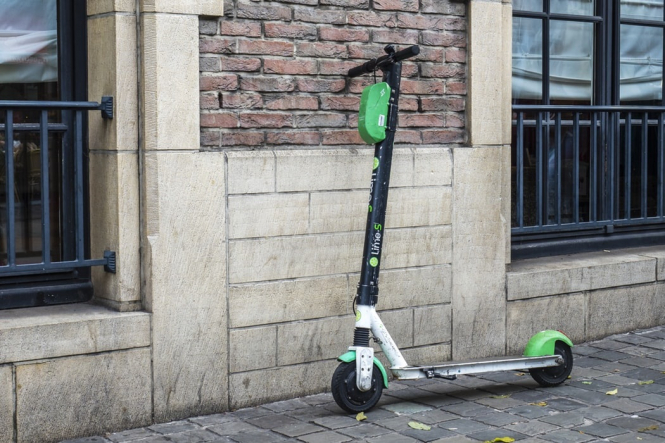 In France, 42% of users of for-hire electric scooters on the streets of major cities are tourists, according to a study by research office 6T. This trend is particularly true in Paris, it said.

Tourists are now considering electric scooters as a serious option to help them get around, seeing them as just as convenient - if not more so - than hire cars, taxis, bikes, buses and Vespa-style scooters, the study suggested.

The trend especially applies to scooters dubbed “free-floating” - which means they can be picked up, unlocked, and left again somewhere else, without the user needing to connect them to a larger hub.

As of June 2019, the study counted 12 “free-floating” e-scooter services available in Paris.

These scooters are especially accessible to digitally-savvy tourists; who are able to spontaneously hire, pay, and activate the transport using a downloadable smartphone app and online payments.

The phenomenon is not unique to Paris. In Marseille (Bouches-du-Rhône,  ‎Provence-Alpes-Côte d'Azur), a company called Trotlib - which specialises in hire, events, and visitor tours using electric scooters - has said that its business has doubled in the past two years.

Trotlib co-manager Emilien Viart told news source 20 Minutes: “When we started in 2014, electric scooters were anecdotal, and even considered a bit weird. But since the arrival of ‘free-floating’ [models], people are using them on a daily basis.

“There has been a habit change; a democratisation of this style of transport. It is now completely part of the landscape.”

The authors of the study 6T wrote: “The rapid and massive spread of free-floating electric scooter services raises a wide range of issues, including the sharing of streets and occupations of public space, as well as the need to take this new mode of transportation into account, and to regulate its deployment and use.”

As electric scooters have become more common in France, they have also attracted controversy.

In June last year, police in Paris investigated after a 25-year-old man became the first ever fatal victim of an accident involving an e-scooter; while in May, ministers announced plans to ban e-scooters from pedestrian areas and pavements.

In July, Paris introduced new rules on scooter parking, requiring them to be left in parking spaces in the same way as normal motorbikes.

In August, an e-scooter accident victim campaigning association called for the scooters to be regulated further, and said they should have licence plates and require driver ID and insurance.

The scooters are limited to a maximum speed of 25kph, and are only allowed on non-motorway roads that have a maximum speed limit of 50kph. Users must be at least eight years old, and are not allowed to wear headphones or take passengers. To be legal, the scooters must have working lights, brakes, and a horn.

In June, the Assemblée Nationale voted against making helmet use compulsory for e-scooters.