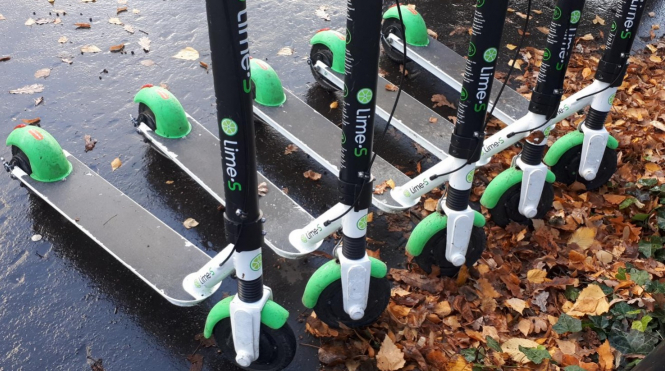 The measure came into force this week (Tuesday July 30) after being published as a decree in the city’s Bulletin Officiel.

Until now, the scooters (called "trottinettes" in French) were allowed to be parked on pavements or in pedestrianised zones if their position was not in the way of pedestrians - for example, between two trees. But now, their parking (or discardment) on any part of a pavement or pedestrianised area is “prohibited and considered intrusive”.

They must now use normal vehicle parking spaces, in the same way as motorbikes and cars.

In a statement, the Paris Mairie said: “[The huge growth in electric scooters] creates difficulties in terms of parking and generates conflict over the usage of public space....[they] run a significant risk of obstructing pedestrians, causing a risk of falling, especially for people with a visual handicap.”

This requires the need for the scooters to be parked “only in areas that are adapted to their characteristics”, the Mairie said.

The move comes after Paris mayor Anne Hidalgo introduced a series of other measures designed to control the use, hire, and parking of the scooters in the capital, in June this year.

It also coincides with another Bulletin Officiel decree, which stated in April that a new tax would be imposed on to-hire electric scooters in the capital. Until this, scooter hire companies such as Lime, Bird, and Circ, were free to install their services in public spaces without any tax or payment imposed.

This, in part, has led to a large number of providers coming to Paris, bringing with them more than 20,000 scooters for hire.

Ms Hidalgo has also required companies to share their usage and location data with the Mairie, updated every three hours, to give real-time information on the number of scooters that are being used in the public space.

The mayoral office has also proposed a call to restrict the number of operators in the city to just two or three - a call that is set to be debated in Parliament imminently.

Head of scooter company and app Circ (previously known as Flash), Stéphane MacMillan, said he was in favour of the laws. He said: “The more rules there are, the better it will be. That will get rid of operators who are not here for the long term.”

The new measures in Paris also come ahead of the introduction of new legislation surrounding the scooters nationwide, which is set to come into force in September, the ministry for transport has confirmed.