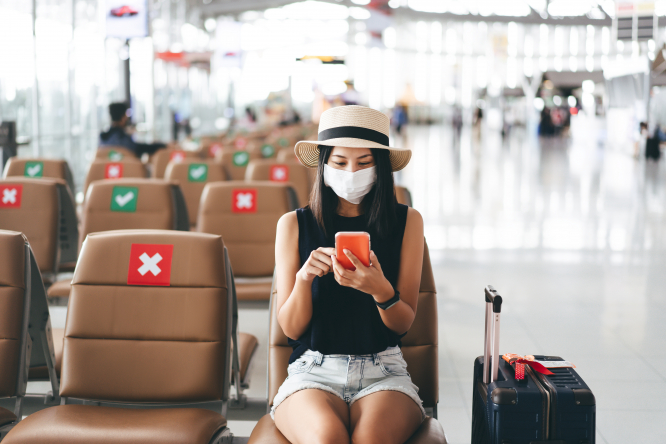 Issues continue for women over their maiden name being listed on their vaccination certificate Pic: dodotone / Shutterstock

[Article originally published August 20, updated on August 26 to include extra tips for altering the name on a Covid vaccination certificate]

The French Health Ministry has confirmed it is possible to request a new Covid vaccination certificate with your married name for women concerned that their certificate only shows their maiden name and therefore does not match their passport for travel.

However, several readers continue to tell The Connexion of worries about the fact their certificates – especially the official ‘EU-standard’ ones with scannable QR codes – have the ‘wrong’ name on them.

The problem has mostly resulted from the fact that the French Assurance maladie (Ameli) databases usually list women with their birth names and not the one they currently use – however this has caused issues for those wanting to travel on UK, US or other passports if they only show the name that is in current use.

In French, birth name is nom de naissance or de jeune fille and the married name or ‘name you use’ is nom marital or d’usage.

A Health Ministry spokesperson said: “You need to see your doctor, pharmacist of vaccination centre so they can modify the patient information – ie the birth name / married name – so as to supply you with a new vaccination certificate.”

However, the ministry has not responded to queries as to what to do if you are told this cannot be done.

Some readers have also passed on tips and suggestions for work-arounds for this anomaly.

Tips for changing the name on your vaccination certificate

One reader has stated that she, after many attempts, managed to get the name changed on her vaccination certificate by asking a local pharmacist and showing an online Ameli forum in which this problem is discussed - which you can see at this link.

After reading this, the pharmacist agreed to go into the Covid vaccination database and change the reader's name.

Another reader described a different method.

She said she spoke to a pharmacist, who told her the reason her certificate could not be altered was because France’s Covid vaccination IT system has been set up to pull information from a person’s social security file.

In France, maiden names are commonly used in official documentation, including for social security documents.

She said she was able to get a new vaccination certificate with her current name on it by asking the pharmacist to delete her record from the vaccination database, and create a new file with the same details but without including her social security number.

This is similar to how Covid vaccination certificates are made for people in France outside of the health system.

“I now have a valid Covid vaccination certificate in my married name,” she said.

“It took the pharmacist a good ten minutes to recreate the new vaccination record, and it could well be that overworked vaccinators in busy centres won't be able or willing to do this.

“I don't know if the fact that my social security number isn't now on my certificate will cause problems down the line.”

Another reader told The Connexion that after consulting her doctor about this issue, her doctor issued her with a certified note stating that her Covid-19 vaccination certificate had been issued in her maiden name, but it was legitimate and valid.

Why is this such a problem?

There has been added confusion due to the fact that the Assurance maladie website ameli.com continues to state that it is “normal” for the married name not to appear and for it only to have the birth name.

The website adds: “This is the norm that will be adopted for the future European vaccination certificate that will come into force on July 1, 2021.”

The European Commission, however, previously told The Connexion this is not the case, and on the contrary they are asking that certificates be issued with the name shown on ID cards or passports.

It is stated in the European Commission document ‘JSON Scheme for EU Digital COVID Certificates’ - published here (scroll down until you see the PDF with the appropriate title) - that:

“Person name is the official full name of the person, matching the name stated on travel documents.”

If you are trying to get your doctor, nurse, pharmacist or staff at a vaccination centre to alter your certificate, it may help to show them this document.

We have asked Cnam, the body in charge of the Assurance maladie system, if they have any update as to solutions for this.

Will this cause problems when travelling?

The Connexion has not actually heard of problems at the border for those who presented a certificate with the ‘wrong’ name.

In fact one reader, Sally Tyler, emailed to say French border officials at Dover “just smiled” when she apologised for the certificate having her maiden name, which did not appear on her passport and which she has not used since 1979. “They didn’t bat an eyelid; there were no problems at all,” she told us.

Another reader however reported being told by a ferry and an airline company that a vaccination certificate in the ‘wrong’ name would be an issue for them.

The British consular services in France have advised some readers to carry a document with their maiden name on it in case of queries, such as birth or marriage certificates or a livret de famille.

Some readers also report carrying their cartes de séjour which in some cases have both the married and maiden names. This is not true of all such cartes though.

If, along with your official ‘EU’ certificate, you also have an original from the vaccination centre that includes your married name, you could also carry this.

Rreader Susan Selby reports that her Cpam suggested that an attestation de droits - a document those in the French health service can obtain to prove their rights – may be useful, as it shows both names. She said the service agreed to stamp it to give it additional authority if she took the print out into her local Cpam office.

She said she is also considering asking her doctor if he can reissue one without inputting her social security number, which has worked for some readers, however there has been no ‘official’ confirmation that this method is advisable.

Reader Joan Feather states her French driving licence shows both names, so she will be carrying this.

“I have photographed it and keep it in my iPhone along with my pass sanitaire in case I am challenged,” she said.

Another reader however states her licence shows only the maiden name, but originally came with a letter showing both – which she is carrying along with it.