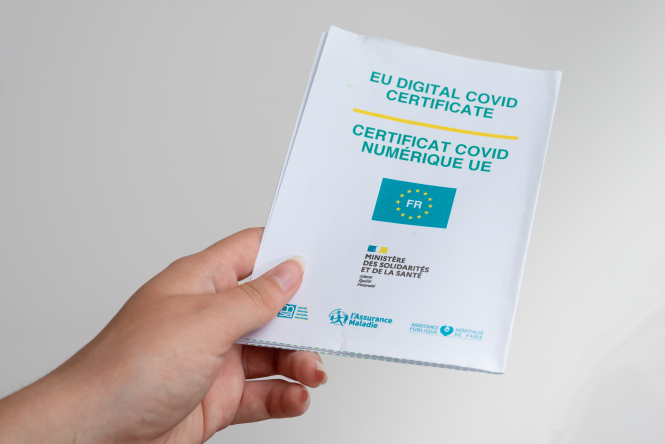 Married women vaccinated in France have reported that their maiden name appears on their vaccination certificate, which does not match the name on their passport Pic: Robert N Brown / Shutterstock

Some women in France who face potential travel complications as their Covid vaccination certificate only shows their maiden name (nom de jeune fille) as a surname and their passport only shows their married name report mixed success with trying to resolve the problem.

This issue affects women whose passports do not include their maiden name, such as those issued by the UK or the US.

One Connexion reader reports successfully getting the name on her vaccination certificate changed, while several others report not being able to do this.

It should be noted that the method the reader used is not official, and that the French insurance service Assurance maladie, in charge of issuing vaccination certificates, has not responded to The Connexion’s attempts to find an official solution.

A spokesperson for Assurance maladie told The Connexion on July 8 that the problem is due to EU law, as French Covid vaccination certificates are now compatible with an EU-wide recognition scheme.

However, this is not correct, a spokesperson for the European Commission said, who cited EU laws to support her statement.

“The Commission has been in contact with the French authorities, asking them to ensure that in particular for foreigners, the surname included in the EU Digital Covid Certificate matches the surname in the person’s passport or ID card,” the spokesperson said.

“Where mistakes still occur and a person’s birth name is included, the person can go back to the centre or approach any medical staff allowed to access the Covid vaccination IT system and have them correct their file and re-issue the EU Digital Covid Certificate.”

Several readers have reported that despite the Commission spokesperson’s assurances, health staff, vaccination centre staff and pharmacists in France have not been willing to change the names on their certificates, citing either legal or technical reasons.

The Connexion has made several attempts to get a response from Assurance maladie about this and has had no reply.

One woman The Connexion spoke to who did manage to change the name on her certificate, and who did not wish to be named in this article, explained the process.

She said the reason the pharmacist she asked to update her certificate was unable to alter it was because France’s Covid vaccination IT system has been set up to pull information from a person’s social security file.

In France, maiden names are commonly used in official documentation, including for social security documents.

She said she was able to get a new vaccination certificate with her current name on it by asking the pharmacist to delete her record from the vaccination database, and create a new file with the same details but without including her social security number.

This is similar to how Covid vaccination certificates are made for people in France outside of the health system.

“I now have a valid Covid vaccination certificate in my married name,” she said.

“It took the pharmacist a good ten minutes to recreate the new vaccination record, and it could well be that overworked vaccinators in busy centres won't be able or willing to do this.

“I don't know if the fact that my social security number isn't now on my certificate will cause problems down the line.”

How much of a problem is it?

The Connexion is yet to hear of anyone being denied by travel authorities because the name on their vaccination certificate does not match the one on their passport.

One reader who faces this issue recently travelled from France to the UK. Authorities did not check her vaccination certificate, she said.

Other readers have told The Connexion they plan to travel with documentation that shows both their maiden name and current name. This is the case on some (but not all) cartes de séjour. Other people have reported travelling with their birth certificates.

If you are affected by this and have found a solution, please share the information at this address: news@connexionfrance.com