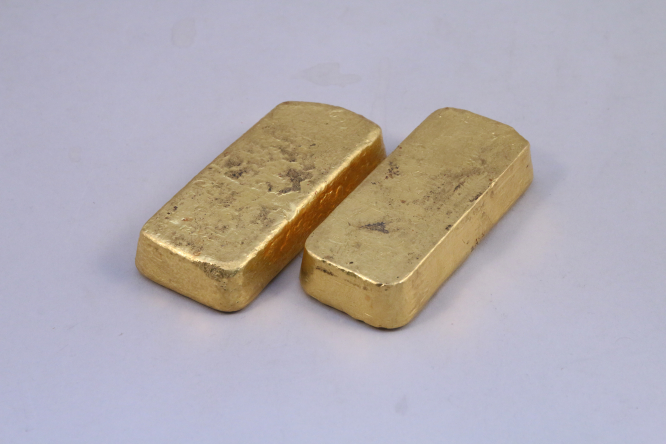 The boys struck gold by accident when playing at their grandmother's home during lockdown.
By

The boys, who had no idea what the two objects were, found them in old bedsheets belonging to their grandmother which they wanted to use to build a den in the garden. They have asked their parents if the money can be used to build a pool at the house.

Auctioneer Philippe Rouillac said: “The boys were building a den in the garden and went to get old sheets from the cupboard in their grandmother’s room and dropped two heavy objects on the floor. They didn’t know what they were and, at first, just put them back in the cupboard without telling their parents.”

A few days later the children told their parents about the objects.

Their father thought they were maybe old knife holders. After asking Mr Rouillac’s opinion, they learnt they were gold bars.

The family, who lives in Paris, were at their holiday home in Vendôme (Loir-et-Cher) during the confinement. They were totally surprised by the treasure find.

Mr Rouillac said: “They didn’t expect this. For the family, it appeared to be a childhood souvenir but when I told them it was two gold bars, they joked that they would see if there were more in the house.”

The gold bars weigh one kilo and were bought in 1967 by the grandmother who has since died.

Mr Rouillac said it is not so surprising to find gold in an old house in France.

He said: “French people are the people who have the most gold in the world after India. And it is often in the form of old coins hidden somewhere. Gold has always been something that will always have value in France.”

The auction sale will take place with sanitary measures in place, including supplied hand sanitiser, and people wearing masks. Anyone can participate.

More on life during lockdown in France