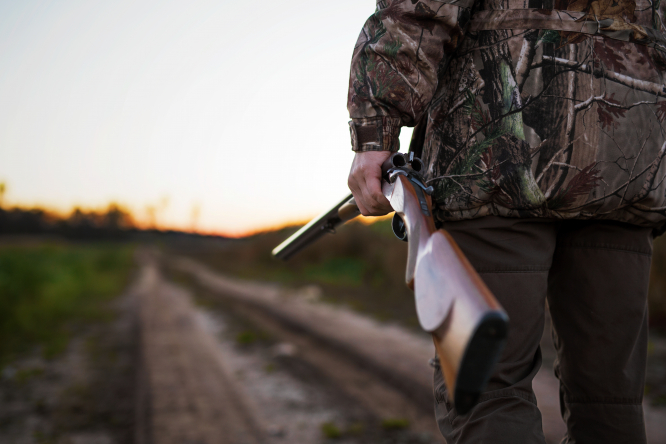 The petition has so far been signed by over 81,800 people Pic: Kaspars Grinvalds / Shutterstock

A petition calling for increased protections to avoid the “deaths, violence and abuse linked to hunting” has passed the 80,000-signature mark, meaning it is four fifths of the way to triggering a parliamentary debate.

The campaign was launched on September 10 by an organisation called Un jour un chasseur, which was created in memory of 25-year-old Morgan Keane, who was accidentally shot and killed by a hunter as he chopped wood in his Lot garden in December 2020, having been “confused” for a wild boar.

If it collects 100,000 signatures within six months, it will be sent to the Conférence des Présidents, which decides what is to be debated in the Senate.

‘Refuse to tolerate the intolerable’

“Morgan. A name which has joined those of Gaël, Annie, Mark, Samuel, Frank, Marcel and so many others,” Un jour un chasseur wrote in the petition. “In 20 years, hunting ‘accidents’ have caused the death of more than 400 people.

“We refuse to accept the trivialisation of these incidents, which the term ‘accident’ looks to normalise and render admissible.

“Whether they cause death, physical injury or psychological damage, it is our duty, and that of the authorities and the government, to condemn them, to look them in the face and refuse to tolerate the intolerable.”

Un jour un chasseur is therefore calling for hunting to be banned across France on Wednesdays and Sundays every week, advocating a “fair division of our countryside.”

The organisation adds that the UK forbade hunters from carrying out their activities on Sundays in 1831.

The petition also asks for stricter training processes and a reinforcement of safety rules, which include a protection zone around houses which is equal to the maximum range of the weapons used.

“We are asking for real controls and monitoring of the weapons present in [French] territory,” following several murders that were committed by individuals who had hunting licences.

Finally, the organisation added that “from the testimonies received by [our collective], we note that reports made by victims are normally rejected or filed without being followed up. Victims must be able to alert the authorities easily in order to denounce any abusive behaviour.”

It therefore calls for stricter sentences for those involved with incidents related to hunting. “May we remind you that accidental death caused by a motorist is punished with up to five years in prison and a €75,000 fine.

“Meanwhile, those causing accidental death in another way, such as hunting, can be punished with up to three years in prison and a fine of €45,000.

“How is it less reprehensible to kill someone in their garden than it is to kill them on the road?”

What happens if the petition is signed by 100,000 people?

As of today (November 9), the petition has collected over 81,800 signatures.

If it reaches the 100,000 threshold, the Conférence des Présidents, which gathers together the leaders of different political groups, commissions and the Senate president, can decide to propose its terms as a parliamentary bill.

It may then be debated during a public session of the Senate.

Since the beginning of this system in January 2020, the 100,000-signature threshold has only been crossed by one petition, which was calling for allocation adulte handicapé disability benefit means testing to stop taking the income of the recipient’s partner or spouse into account.

Read more: How often do hunting accidents happen in France?

The national hunting federation, Federation Nationale Des Chasseurs, says that the number of accidents has decreased by 41% compared to 1999.

However, during last year’s hunting season there were still 136 accidents, 11 of which were fatal.

All hunters are required to have a permit to go on shoots. They also have to follow several rules, such as only having their weapon loaded when they are in the process of shooting.