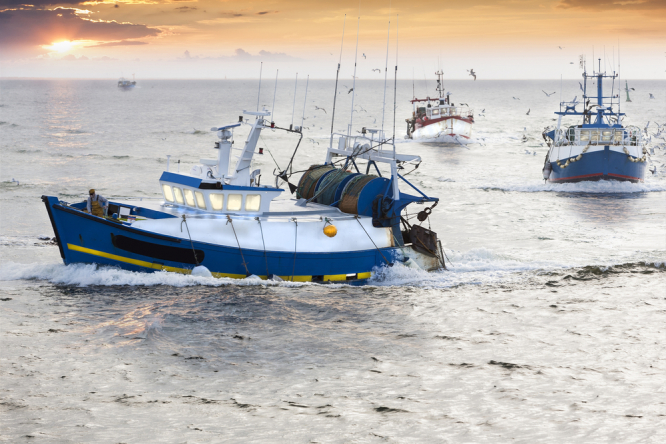 The Bugaled Breizh fishing trawler sank suddenly in 2004 and no cause has yet been established. The above picture is representative and does not show the Bugaled Breizh Pic: Photoneye / Shutterstock

An inquest into the deaths of five French crewmen who died when their fishing trawler sank suddenly in 2004 has begun in the UK.

The trial is set to examine how the Bugaled Breizh could have sunk in less than one minute, and is looking into the possibility that the incident was related to nearby submarines performing exercises.

The UK’s Ministry of Defence has denied any submarine involvement.

The boat went down on January 15, 2004, 23km off the coast of Cornwall’s Lizard peninsula.

In the immediate aftermath of the sinking, only the bodies of Pascal Le Floch and Yves Gloaguen were recovered. They were taken back to Cornwall, and under English law, this means an inquest into the incident must be held.

The hearing began on October 4 and is set to last three weeks.

What happened to the Bugaled Breizh?

The French trawler had left the port of Loctudy (Finistère) on January 7 with five men on board for a 15-day fishing trip off Cornwall.

On January 15, the Bugaled Breizh sent a distress message to the Eridan, another trawler that had left the Breton port the same day.

When the skipper of the Eridan, Serge Cossec, tried to make radio contact with the Bugaled Breizh a few minutes later, there was only the sound of crackling.

By the time the Eridan arrived on the scene with a British helicopter, it was already too late.

Only the bodies of Mr Le Floch and Mr Gloaguen were recovered at the time.

A few months after the incident, the boat was refloated and the body of Patrick Gloaguen was found. The bodies of the other two crewmen, Georges Lemétayer and Eric Guillamet, have never been found.

How did it sink?

Two theories as to how the boat sank have been put forward: a fishing accident or an accident involving a submarine.

There were three submarines - Dutch, German and British - operating within 100 nautical miles of the vessel at the time it sank, the British inquest heard.

There were also NATO submarine exercises taking place in the area.

In May 2014, the French justice system concluded that neither of the two hypotheses could be accepted.

The case was dismissed and confirmed by the Rennes Court of Appeal a year later. The Court of Cassation validated this judgment in 2016 and the case has since been closed in France.

The French Bureau d'enquêtes accidents-mer (BEAmer) said in 2008 that a fishing accident was the most likely cause of the boat sinking.

It said that the trawl net could have got caught on the bottom [of the sea], which caused the vessel to tilt to the port side, taking on heavy seas while the swell was strong. The boat would then have been unbalanced due to the tension on the cable and would have sank.

The other hypothesis, the one supported by the victims' family, is an accident with a submarine.

The theory is that a nearby submarine could have hooked the port cable of the trawl net, dragging it to the bottom of the sea in under a minute.

The lawyer of the victims’ families, Gaspard de Monclin, has said this trial in London is an opportunity to question President Emmanuel Macron.

He said that the French head of state is the only one who has "the power to make public the NATO documents related to this exercise, which are currently covered by defence secrecy, in order to say which submarine was near the Bugaled Breizh, Le Monde reported.

He said that without the help of the French state, the “British justice system risks arriving at the same conclusion of the French system”, which was that the cause of the accident is inconclusive.