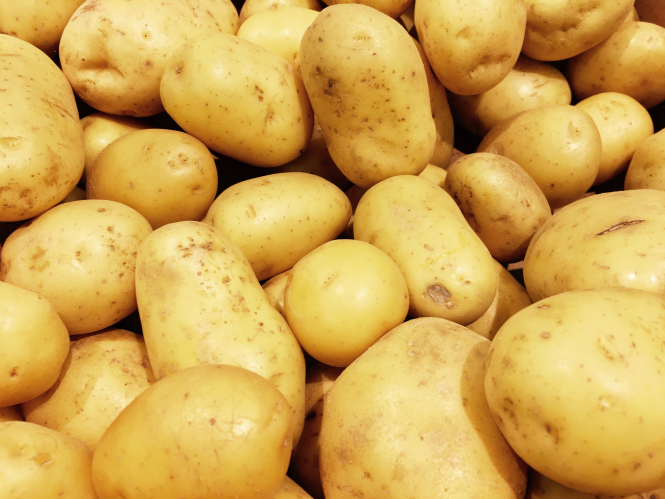 An American Twitter user who made headlines last week for tweeting effusively about French restaurant chain La Pataterie has successfully taken advantage of his sudden fame to appeal for charity donations.

Steve Olson went viral on Twitter on September 6, when he waxed lyrical about the Arles branch of potato restaurant chain La Pataterie, calling it a "great experience", and “AMAZING”.

He especially loved the Pom' au Four Savoyarde – a potato dish with ham and cheese – which he said was “gloriously baked”, and the “greatest potato ever made by human hands”.

He said: “Words cannot express my amazement,” and wrote: “There was a descending choir of angels...The angels were singing ‘Bonnie and Clyde’ by Serge Gainsbourg and Bardot.”

ok, so, we're vacationing in France, and were looking for a place to grab some dinner this evening, and melissa found the most amazing place... @La_Pataterie, a french chain focused on potatoes as a main course. AND IT WAS AMAZING (cc @darth) 1/8 pic.twitter.com/yIZ2WYqdWl

This prompted mixed reactions on Twitter. Some agreed with him, saying that the chain is a good example of low-cost French food and that ‘culinary heaven’ is not just for elitists.

Others found his love of a less-than-gourmet, potato-focused restaurant rather more comical or even contemptible, and urged him to try better quality French food instead.

But now, Mr Olson, originally from Oakland, California, has successfully surfed the wave of his sudden Twitter fame to launch an appeal for donations to French food and restaurant charity Restos du Coeur.

On Friday, September 10, he tweeted: “Ok French friends, since we may have differences about restaurants (and potatoes) we all clearly love food, and feeding people. I just gave 100€ to @restosducoeur — who will stand with me?" posted Steve Olson, copying the link to the charity's donation page.

Ok french friends, since we may have differences about restaurants (and potatoes) we all clearly love food, and feeding people. I just gave 100€ to @restosducoeur — who will stand with me? comment or retweet with your gift! (cc: @SebdLaporte) Give here-> https://t.co/Q9qiRwCzHA pic.twitter.com/I11mP4wVrB

La Pataterie even responded to his post, announcing that the restaurant chain will offer five tons of potatoes to the charity association.

Brillant idea dear Steve! With the #Lapataterie team, we will give 5 tonnes of french potatoes to @restosducoeur. Winter is just around the corner, some people have lost their job because of covid, we must support them!

We are giving 5 tons of potatoes to @restosducoeur. That is a lot of "Pom' Au Four"... https://t.co/zqqOvUKTef pic.twitter.com/z5CEq9S1fb

The comments responding to Steve Olson's tweet were mainly very supportive. The Consulate General of France in San Francisco even thanked Steve Olson on his Twitter account for his initiative.

Patrice Douret, president of Restos du Cœur, told actu.fr that the charity was “very surprised by this gesture”, which he said was “very generous”. He said: “We thank Steve from the bottom of our hearts, as well as all those who gave us donations on this occasion.

“At the moment it is still too early to assess the impact of the campaign, but it is in any case welcome. We feel that the situation is still critical because of the health crisis.”

Restos du Coeur was founded by the late comedian and actor Coluche in 1985, to help the most disadvantaged, notably by providing them with free meals. It also helps them socially and economically.

On a more commercial note, La Pataterie CEO Sébastien de Laporte has said that Mr Olson's tweets have opened the brand up to "20-to-40 year-olds", which represents a new demographic of clientele for the group.

He said that the publicity had “given energy" to the brand after the chain – like thousands of restaurants nationwide – was forced to close for months due to the health crisis.

As for the criticism some Twitter users piled on Mr Olsen for his culinary tastes, Mr de Laporte said that the restaurant was never aiming to be a fancy dining destination.

He said: "We don’t cater for big budgets. At La Pataterie, the average dining receipt is €20. I'm not trying to prove anything to anyone; we're not a gourmet restaurant!”

Mr Olson has since jetted away from France, but left this potato-related Tweet as a goodbye.

It reads: “See you soon, my new French friends! Thank you for all the love. Eat all the potatoes for us!”