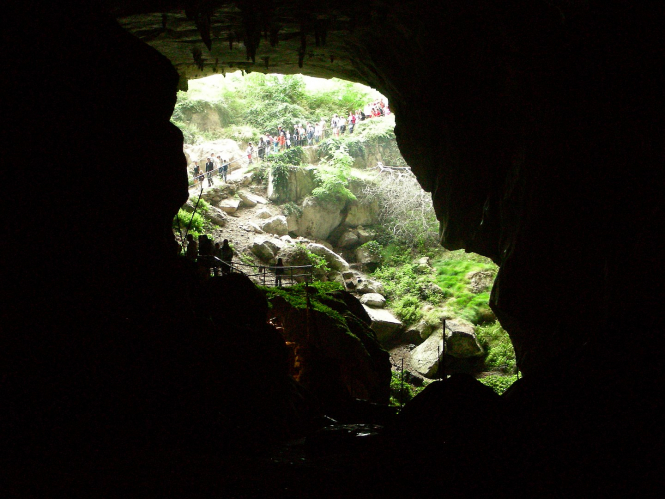 The entrance to the Lombrives cave system Pic:

A group of volunteers is preparing to live in complete isolation deep in a cave in southwest France for 40 days as part of a wide-ranging study into human behaviour.

The seven women and seven men taking part in the Deep Time project will survive in the depths of the cave system at Lombrives, Ariège, to study how humans manage and live together in completely unknown situations, and how the brain deals with time when there is no physical indication of its passage.

Scientists, psychologists, doctors, a nurse, a jeweller and a maths teacher are among the volunteers taking part in the experiment, led by Franco-Swiss researcher Christian Clot.

Mr Clot said he had been considering such a study for several years, but decided the time was right to act after France went into confinement in March 2020 because of Covid-19.

The caves have sheltered humans for thousands of years. Traces of Neolithic life have been found there.

More recently, criminals, hermits and lepers survived in the caves - which were also a refuge for the Cathar bishop Amiel Aicard after the fall of the fortress at Montségur in 1244. It was also used by priests and nobles during the French Revolution and then Republicans during the First Empire.

Today, the caves are a popular tourist attraction.

During their confinement deep underground, the group will carry out specific studies across several disciplines:

The data gathered in the study may be useful for future human planetary exploration missions, when it would be essential to understand the physical and psychological effects of long-term isolation.

It may also help governments prepare better for possible future health or climatic lockdown periods, as well as businesses that require staff to work in isolated or underground locations.

The underground group will wear sensors that will be monitored from the surface by a team of about 30 experts.

Expedition organisers said: "Clad in sensors, with the most up-to-date research tools at their disposal, participants will undertake a comprehensive and rigorous study protocol to assess how their brains and bodies manage and generate a new time synchronization, space and society.”

Study leader Mr Clot, who founded the Franco-Swiss Institute for Human Adaptation eight years ago, said: “For years I had thought about an immersive cave mission, with no access to time and light.

"In an extreme context, a new way of life, we obviously do not know well, as a group, how to respond to the impacts caused by these changes. The Deep Time project was born."

He said that he wanted to "understand, for the first time our ability to understand time as a group, the organisation of a group, in the most opposite system to ours: a world without access to time".

The Deep Time project is supported by around 20 research institutes and laboratories in France, Switzerland, Europe and China, including CNRS, CNES and Inserm.