When will Covishield vaccine be accepted under France’s travel rules? 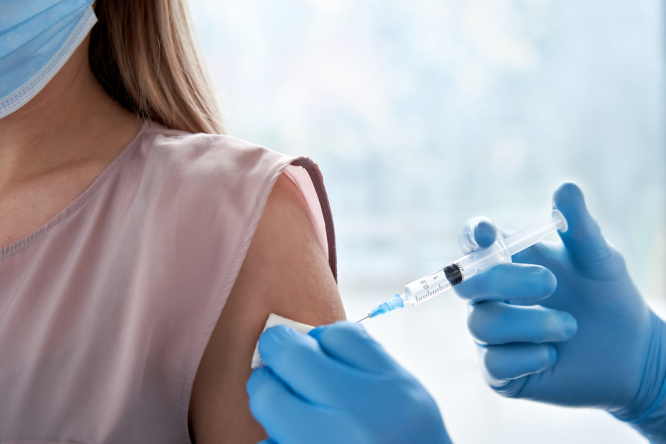 The Indian-made vaccine branded as ‘Covishield’ is not an accepted vaccination under French travel rules – however an application has been made to the European Medicines Authority (EMA) for approval.

This affects Canadians, among others, whose government recognises Covishield as an accepted vaccine – while the EMA does not.

The French health ministry told The Connexion it will only approve vaccines for purposes of travel rules related to entry to France if they are approved by the EMA, an EU agency.

This is significant because only fully-vaccinated people (with approved vaccines) may enter France at present from non-EU countries without needing to have an essential reason (usually related to work or living here) and without a quarantine period. It basically means that anyone coming for tourist reasons and to visit a second home must be vaccinated.

There is controversy over Indian-made doses administered in the UK (see below). These are not referred to as ‘Covishield’ on vaccination certificates and phone applications and are only identifiable by certain batch numbers. Even so the Indian manufacturer only exports one vaccine, so the substance is the same.

France has not confirmed if it has instructed border officials to look for these.

Covishield is a vaccine made by Serum Insitute of India (SII) in cooperation with AstraZeneca which has allowed it to use its technology to make a vaccine in the same way as its own.

Serum Institute of India makes and exports at present only one Covid vaccine, which is this vaccine which it usually brands as ‘Covishield’. but it is also working on a version of a vaccine by American company Novavax.

SII’s ‘AstraZeneca’ vaccine has been widely marketed to countries outside of Europe including Africa, Canada, the Caribbean and South America. Vials of this vaccine have been sent to such countries with a green label with the Covishield name on them.

Does EMA recognise Covishield as being the same as the ordinary AstraZeneca vaccine?

A spokesman added that Vaxzevria is “the only” AstraZeneca vaccine EMA currently authorises and for EU-authorisation purposes vaccines made by SII are not recognised as Vaxzevria.

Serum Institute of India does not appear in this list.

The World Health Authority (WHO) has authorised Covishield and considers it a version of the AstraZeneca vaccine, and refers to both with the same technical name ChAdOx1-S [recombinant].

It has indirectly criticised the EMA’s policy in a statement asking that authorities everywhere recognise vaccines it has approved. It said to do otherwise would aggravate inequalities around the world with regard to travel rights.

The European Commission has stated that, while Covishield is not accepted for its EU Digital Covid Certificate scheme, individual EU countries can make their own decisions as to whether to accept visitors with vaccines on the WHO’s list, including Covishield. Several countries, including Ireland, have done so.

Has the UK used doses of Covishield?

It is difficult to give a clear answer.

The UK’s Department of Health and Social Care (DHSC) told The Connexion: “No Covishield vaccines have been administered in the UK. All AstraZeneca vaccines given in the UK are the same product and appear on the NHS COVID Pass as Vaxzevria.”

It is known however that earlier this year SII sent five million doses of its vaccine to the UK.
They are identifiable by batch numbers and we know of several readers who were given confirmation of having received a dose which used one of them.

The UK’s health regulator MHRA assessed doses of the Indian vaccine and agreed to treat it as being identical to the AstraZeneca vaccine. This is clarified, along with batch numbers, in Annex 1 at this link.

According to the MHRA, however, the doses the UK received did not have the ‘Covishield’ name on them.

It added: “All vaccines authorised and deployed in the UK have been subject to rigorous checks by the MHRA, including individual batch testing and site inspections, even where those sites are outside the UK. This data has been shared with the EMA.”

We have asked SII if it sometimes sends out batches without the name Covishield and if this was the case with the doses sent to the UK but have not received a reply.

Is the SII vaccine going to be approved by the EMA?

The CEO and owner of SII recently acknowledged that there were issues with travel to the EU for those who had received its vaccine and that he was seeking a solution.

I realise that a lot of Indians who have taken COVISHIELD are facing issues with travel to the E.U., I assure everyone, I have taken this up at the highest levels and hope to resolve this matter soon, both with regulators and at a diplomatic level with countries.

Approval is now being sought from EMA by AstraZeneca for the SII vaccine, but as an add-on to the Vaxzevria authorisation as opposed to a separate authorisation process.

An AstraZeneca spokeswoman said: "We have requested the addition of Serum Institute of India as an alternative manufacturing site on the Vaxzevria licence. A decision is expected shortly."

Will anyone be checking vaccination certificates of people coming into France from the UK to look for vaccination with SII vaccine?

The French government has not responded to queries as to whether its border police will look for vaccine batch numbers, which is the only way SSI doses used in the UK can be identified as such.

Policies of travel companies on checking traveller’s vaccination certificates vary but we have not identified any travel company that is advising not to travel if your vaccine has a certain batch number.

Air France, for example, says passengers may not travel if they do not show either a French attestation form identifying an essential reason for travel or a vaccination certificate showing full vaccination with one of the EU-approved vaccines, including AstraZeneca.

Brittany Ferries said it is not required to check vaccination certificates, so does not do so. Eurostar said it is leaving it to French border police.

EasyJet states on its website that travellers to France should have a full vaccination certificate with one of the EU-approved names, including AstraZeneca, and they should bring it, as “the certificate may be requested at different points of the trip”.

16 hours ago
5
What income must Britons show for a six-month visitor visa for France?