Where in France will masks no longer be required in primary schools? 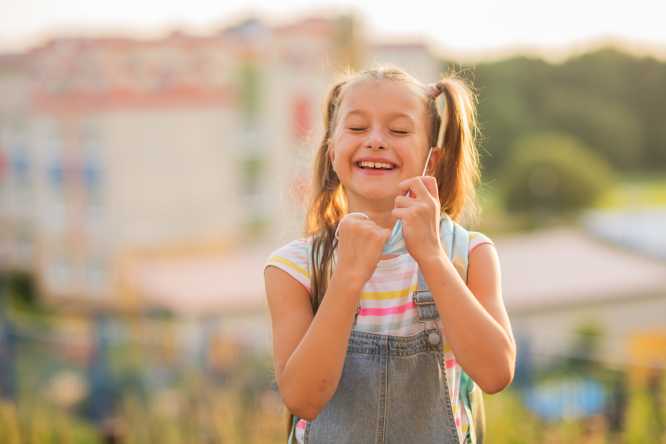 The wearing of masks is no longer obligatory at some schools in France. Pic: Katrinaqq / Shutterstock

From October 4, masks will no longer be needed in primary schools in areas of France in which Covid infection rates have remained under 50 per 100,000 people for at least five consecutive days.

As of the latest figures (September 19) 41 departments of metropolitan France are now below the qualifying 50 rate.

(Map: Created by Connexion with data from Santé publique France)

However, some doctors have denounced the change.

GP Michaël Rochoy described the decision to remove masks in an enclosed space filled with children who are not eligible for vaccination as “the worst action to take”.

Some doctors have also expressed concern that incidence rates for departments as a whole can be far lower than those for young children at school.3

There is also a worry that doctors could be overwhelmed by parents seeking prescriptions for tests to check that their children’s seasonal flu symptoms are not Covid-related, now that these are no longer free without a prescription.

Measures to be lifted

It comes as part of the first ‘localised’ changes to French rules based on Covid incidence rates that were announced yesterday.

Read more: Changes for schools but not health pass in lower Covid areas in France

The school rule is just one to be relaxed. "The measures that apply in certain establishments open to the public will be lifted in these same departments," confirmed Gabriel Attal.

Covid hospital admissions have declined across France for the past two weeks.

While the health pass will continue to apply as normal, departments with a low incidence rate will now be able to move to level 1 of the health protocol.

This is likely to allow venues such as concert halls and nightclubs greater freedoms, including a less strict limit on the number of people allowed inside.

What happens if there is a Covid outbreak at my child's French school?