Wild boar numbers spike in France due to confinement 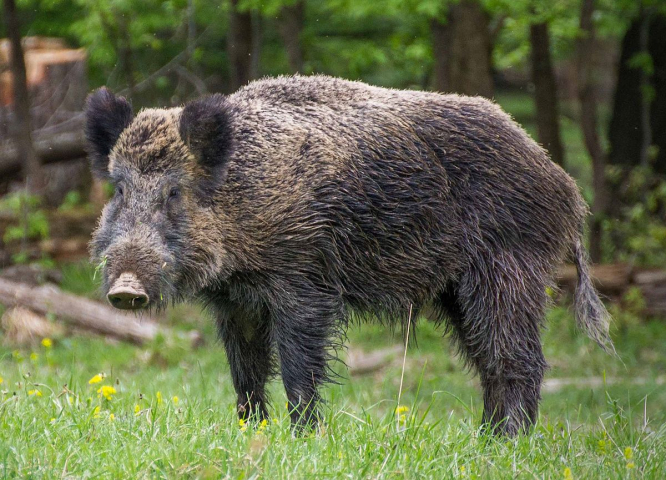 Wild boar numbers were growing rapidly - causing concern and controversy - even before the confinement period began.

Over the past five years, their population has grown to around two million in France. They are mainly found in the Occitanie region, especially in the Hautes-Pyrénées, Gers and Gard departments.

Climate change and warmer temperatures mean their food sources are plentiful, so mothers (sows) may have as many as three births every two years. This is resulting in more piglets surviving the winter, growing the population further and quickly.

And, as hunting has been banned during the confinement period due to the coronavirus crisis, the population of wild boar has continued to increase.

Similarly, thousands of boar are killed each year by trains and cars; far fewer of which have been out on the rails or roads due to lockdown conditions.

Locals say it is important to keep the wild boar population down, as the animals can cause severe damage to agriculture and property, including wheat crops and other grains.

These crops are often surrounded by pine forests, which provide ample shelter, food, and cover for the boar to travel between the Pyrénées-Atlantiques, the Gers and the Hautes-Pyrénées.

The animals are also getting closer and closer to urban areas, and are becoming a more common sight in the Gard, near Nîmes; and even on the outskirts of the Toulouse area (Haute-Garonne).

Lionel Candelon, a farmer and hunter based in the Gers, explained that the population has been growing rapidly in recent years, causing severe risk to local agriculture.

He told local news source France 3: “I used to kill on average, one boar per year. Last year I killed 17; two during hunts, all the others were opportunistic shots. We kill between 9,000-11,000 every year in this department. We must absolutely increase hunting pressure.”

Hunting associations also stand to lose millions as the population grows. By law, they must compensate farmers whose crops are damaged by boar, and in 2019 alone, a total of €60 million was paid to farmers in France as a result.

This law was brought in in 1968, but since then, hunting associations say the situation has worsened to the point where they will not be able to afford to pay.

Read more: Farmers and hunters at loggerheads over boar

Jean-Marc Delcasso, president of the Gers department hunting federation, said: “We are like free insurance for farmers.”

As a result, the French parliament had previously been considering a bill on "the regulation of big game populations and the reduction of their damage", and possible “necessary reform of the compensation” system.

Hunters had also hoped that all restrictions on the hunting of wild boar would be lifted.

Yet the debate on this was itself postponed, due to the health crisis, with the issue as-yet unresolved.