Will France see an insect invasion this summer? 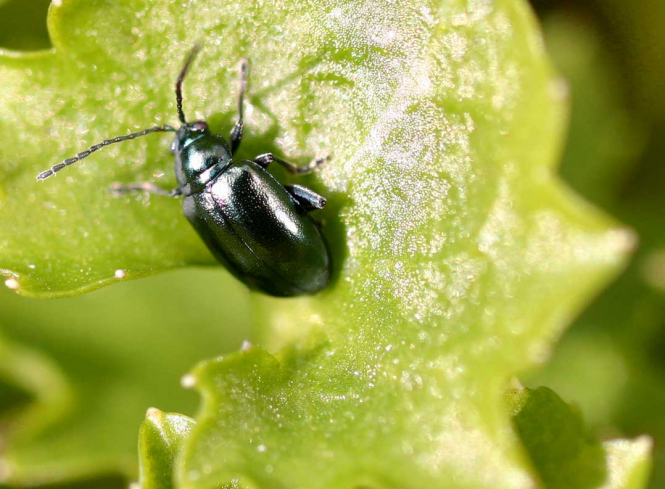 A rise in insects has been noticed during hot weather in France, but experts have said there is "nothing to worry about"
By Connexion journalist

He told local newspaper Ouest-France: “[They are numerous this year] due to the completely exceptional weather conditions, and the absence of rain that destroys their larvae.”
He added that the insects are “particularly attracted by the colour yellow”, and said that their presence “will continue all summer”.

Flea beetles especially can be damaging to plants and crops.

He said: “The beginning of the month of June is generally characterised by a peak in the presence of adult [insects] in our environment, insects that can fly. The winter was particularly mild and spring was equally very clement, which has both increased flowering, and the presence of insects, which did not suffer in bad weather.”

Mr Jolivet added that the noticeable increase in flea beetles and other insects did not necessarily mean that the country was set to suffer a total insect “invasion” come even hotter temperatures later this summer.

He said: “The population cycle for each species is not the same from one year to the next. For example, the growth of dragonfly larva takes place in a pond. If there was not enough water one year, the population declines the following year.

“Similarly, mosquito larvae develop in water, and have had difficulty growing in dry weather. But conversely, other insects are actually favored by good weather, such as the honeybee, which had has more time to forage from flower to flower."

He added that there was no reason to worry, and that a rise in insects in the environment is actually “a sign of hope”.

One internet user suggested a way to deal with the flea beetles especially: “Put a yellow vest [or T-shirt] on the grass. It’s amazing. The [insects] go towards it, and leave us to eat in peace on the terrace.”

How to build a cosy hedgehog cabin
Tiger mosquitoes in France: How to cope in confinement
French scientists fight Asian hornet ‘in own language’